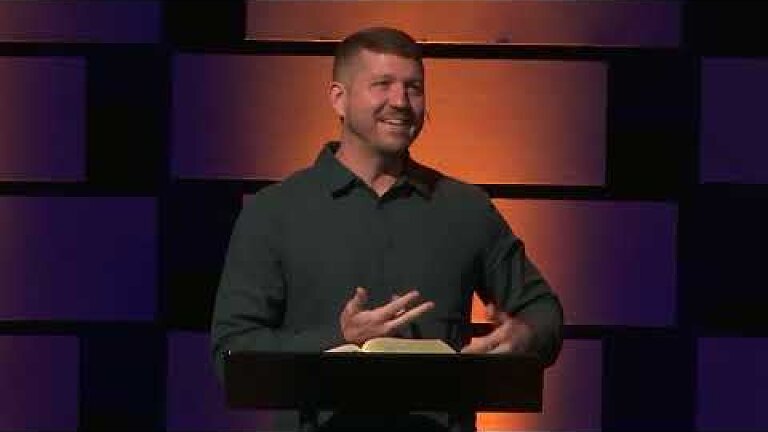 Unless You Abide In Me

There is a direct correlation to our abiding in Christ (remaining in Him) and what comes from our lives.

You can only staple fruit to a tree before so long before it rots.

Two stories can illustrate in different ways:The first story is of a young lady I know who grew up in a Christian home. She professed to be a believer, involved herself in serving in church, and went on mission trips. But at some point, she abandoned biblical Christianity and embraced a life of homosexuality. Since that time, her life has not grown in holiness or greater devotion to Christ. No, now there are many facets of her life that are broken. She is always sick and unhealthy. She looks unwell. She constantly drops f-bombs in her language. In other words, her life didn't remain relatively the same, with the exception of homosexuality, everything changed.

The second story is of the well-known apologist Ravi Zacharias. During his lifetime he was known as a great apologist of the faith. He taught at major events, universities, and had a massive following. His books sold tens of thousands of copies. His conferences were packed. But behind the scenes he was a very different man. After his death, it was revealed that he owned and frequented massage parlors where he engaged in sexual sin and forced himself onto young women who respected him. He even stooped as low as pleading to them that his ministry stress was a justification for needing his physical needs met. Regardless of what Ravi was doing for the Lord, the fruit of his labors are rotten now. His name is disgraced. His teachings and books are now tainted. His ministry had to completely overhaul and rebrand itself to separate itself from its founder. You see, he was stapling fruit to a tree, and eventually it rotted. He wasn't abiding in Christ. You can't be abiding in Christ and living in that manner.

Both of these stories drive home the point of what Jesus teaches in our text today. There is a direct correlation to our abiding in Christ and what comes from our lives. The lifestyle change in this young lady or Ravi's actions did not happen all of the sudden. They were slow, drift that eventually led to the fruit of no longer remaining in the vine. Even if it isn't visible in the moment, if we fail to abide in Him, eventually it will be evidenced by the rotten fruit in our lives.

vs 2-3 — Every branch that does not bear fruit is thrown away, the rest are tended to and cared for, even pruned so they will bear more fruit. In these verses he is speaking to those individuals who claim to be attached to the vine, but demonstrate they are not connected to it because they do not bear fruit. He is speaking towards those who will attach themselves to Christianity through different means (perhaps like we spoke of last week with beliefs and behaviors), but are not clean. This idea of “clean” comes from his previous teaching in John 13 where Jesus demonstrated through foot washing the entire atonement. There he also said he had made his disciples clean, but not everyone of them were clean - a clear reference to Judas. Judas was around, but he wasn’t a branch that was truly grafted into the vine abiding fruit. Again, this cleansing and being made clean would be declared now, but would be fulfilled at the cross where Jesus bore the sins of His people.

vs 4 — He does not say to devote yourself to doing religious things or be a Johnny Do-Gooder. Jesus commands us to: ABIDE. To abide is a verb. It is active. It is an action on our part. It means to actively stay or remain. When you put your faith in Jesus, you are considered “in Christ.” From there you pursue ongoing relationship with him, obey His commands, and turn away from a lifestyle of habitual sin. “In Christ” means to be justified and forgiven and brought into union with God. But to stay and remain--to abide--is develop this now existent relationship that being “in Christ” gives us. Unless we abide in Christ we cannot bear fruit.

vs 5 — Jesus is the vine and we are the branches. Branches are completely dependent upon the vine for its life. It needs and understands it needs all of its resources and strength from the vine. Only then, as it abides there, can it bear fruit. What kind of fruit: peace, patience, kindness, love, gentleness, self-control, etc. Our lives will be marked with godliness and holiness, Christlikeness, as we abide. We will be filled with joy (we'll return to that later in the series).

4. Listen to the Spirit.

Hear the stories of the young lady and Ravi as warnings to us. Jesus tells us plainly that we must remain in him. Through the Holy Spirit, God will supply His people strength to remain, but it is warnings like the ones today that are meant to engage our hearts to take caution. We do not want find ourselves severed from the vine. We will wither. We will die.

I want to wrap up my message today by focusing on vs 3 and Jesus' proclamation of our being clean.