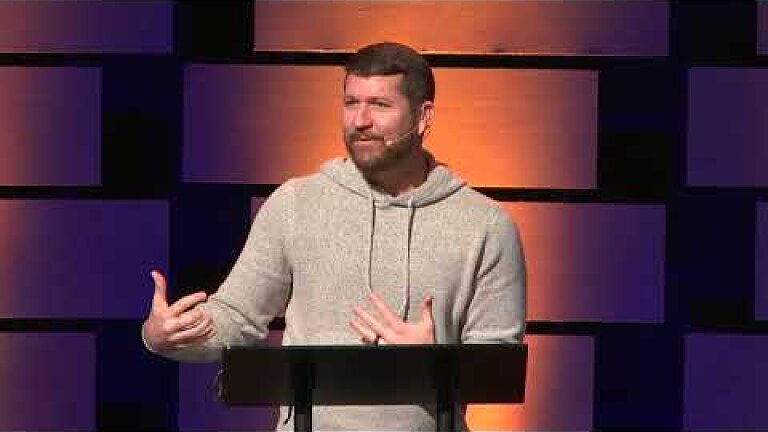 There are many ways that our hearts can respond to difficulties. The prospect of trouble can lead our hearts in many directions and postures.

Some are led immediately to fear. We imagine some calamity or affliction coming and we're gripped by fear. Worry consumes our mind. Anxiousness floods our hearts. We can rest, eat, or getting work done.

Some are led immediately to denial. We go into a shell. We go inward to insulate ourselves from hurt and pain. We try to block feelings and direct our minds away from any reminders of reality. I've met Christians over the year who get a bad medical diagnosis and say things like, "But we're just not accepting that because God is going to fix it." And while God can fix anything, this kind is denial of reality. And it is a common heart posture to tribulations.

Some are led immediately to anger. We lash out. The diagnosis comes and we scream, accuse, and rage against the world. We question God and His will. This heart posture usually reflects unbiblical expectations that we placed on God that are now unmet. And we don't know what to do with them.

These three heart postures are common responses to tribulations. But there is another one available to us. It is the one Jesus promised us in our passage today: peace.

Some have peace when tribulations and problems arise. They don't deny their pains. But they're also not gripped by fear or anger. Their hearts are at peace. How is this possible? And how can we have it? That is the focus of our message this morning.

We have been in John 15 and 16 for weeks and weeks. And if we're not careful we'll forget that this is all a part of the Farewell Discourse of Jesus. These things were said within the scope of a few minutes of each other. But our study of them has taken us to depths of understanding that even our poor disciple friends did not have at the time. As our first verse this morning shows us.

29 His disciples said, “Ah, now you are speaking plainly and not using figurative speech! What are they referencing as figurative speech here? All the veiled talk about "a little while they'll see him no longer" and then "a little while they will see him." That is confusing. But in vs 28 he lays it down plainly for them: "I came from the Father and have come into the world, and now I am leaving the world and going to the Father." Now it is clear what he is saying.

31 Jesus answered them, “Do you now believe? Jesus responds with a question. There's some debate over whether Jesus is saying it like "Do you NOW believe?" Like "Geez, fellas, finally." Others think he's saying it a tone of affirmation, especially since their faith is soon to be tested.

Regardless of what tone or sense Jesus is saying it in, I do think it is a reminder of his long-suffering with thick-headed disciples. By the way, that's each of us too, isn't it? How often could Jesus look at us and say "Do you now believe?" How clearly does He have to speak to us? How many ways does He have to act and move on our behalf? How slow are we to trust His Word? Jesus is patient with us.

32 Behold, the hour is coming, indeed it has come, when you will be scattered, each to his own home, and will leave me alone. Yet I am not alone, for the Father is with me. Jesus is giving them a very clear layout of what is about to transpire. The arresting mob is going to come arrest Jesus and they will run. They'll all seek their own safety and leave Jesus alone. They're going to abandon him.

Let's break this down some.

His discourse to them. All the warnings of things to come. All the promises amidst the revelation that He is leaving them. All of this is so they can have peace. The peace is an inward peace. It is a disposition. It is the opposite of anxiousness, worry, or fear. So mark this: Jesus says "in me" you have that peace.

At the same time, he tells them that they are going to have tribulation. Difficulties will mount. Afflictions will surge. Pain, sorrow, and death will abound. Our lots won't be easy. Being a Christian doesn't guarantee ease.

Notice the juxtaposition of these two promises: Peace and Tribulation. He promises both. What is wild is that these two things are antithesis of each other. They are supposed enemies. They are stark contrasts. But watch: a person in Christ WILL have tribulation, but can ALSO have peace. Our inward disposition can be like Jonah in the bottom of the boat resting while chaos abounds on the deck because of the storms. You MAY have it. But you must seek it and fight for it.

How? He has said it throughout this discourse. 1. We must abide in him (as a branch to the vine). 2. We must remember His promises (He goes to prepare a place for us in Heaven, the Spirit will help us). If we do these things, we may have peace, even in the tribulations of the world.

So he tells them to "take heart." This is the same line of encouragement given by God to Joshua after Moses died and he was now preparing to lead the people to the promised land. "Take heart." "Be of good courage." "Be strong and courageous." And what was the basis of the exhortations then? God was with him. God was giving the victory. Jesus is giving them the same hope. "Take heart" he says. "I have overcome the world."

Jesus himself has overcome the world. He tells them this hours before the fulfillment of it had happened. He announces the victory in advance of the battle. That battle being his 3 hours on the cross, bearing the wrath of God for sins, His descent to the dead where He set the captives free, and His resurrection from the dead. He has overcome the world.

So friends, find your peace in a world of tribulations and troubles. Abide in the Savior. Remember His promises to you. And take heart...he has overcome the world. He rules and reigns as the victorious king over all things.