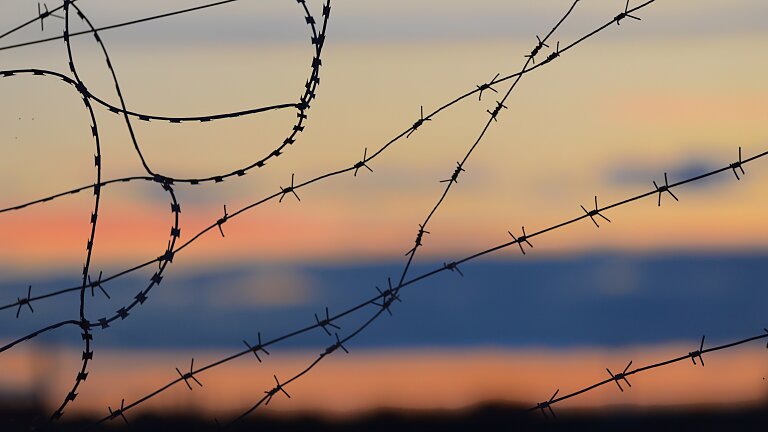 At any given time on the planet there is a war going on. Peoples of the earth fight one another over land, power, resources, and retaliation to previous harms. The twentieth century was one of the bloodiest in all of human history. World War I and World War II engaged the world into conflict with one another, leaving millions of people dead as a result.


Where does our propensity to war stem from? Why are we so prone to fight and take arms against our fellow man? It comes from our fallen nature, which was brought about by the Father of Lies, Satan.

Our passage today reminds us that before the first war on the earth, there was a war in Heaven. Revelation 12:7-8 tells us, “Then a war broke out in heaven: Michael and his angels fought against the dragon, and the dragon and his angels fought back.” The dragon in this text is Satan, and his angels are demons. This is the cosmic battle in Heaven that unfolds as Satan rebels against God. He could not stay in his place. He wanted more. His desire to be God and receive worship led to a rebellion of epic proportions.


This battle is why Satan and his demons are cast to the earth. He loses the battle and there was no longer a place found in Heaven for him or his angels. It is this battle that unfolds sometime before we see Satan enter the storyline of Genesis 3 in the Garden of Eden. There he tempts Eve, and our first parents take and eat of the forbidden fruit. The fall of man comes on the heels of the fall of Satan. The warring of the human race stems from the fall, and the fall stems from Satan’s rebellion. Satan and demons are not only real, but the influence of their rebellion is still active in the world today. We are in a battle to live holy and righteous before God. There is a war in our hearts daily to glorify God. We must recognize we have an enemy who seeks to destroy us, but we have a God who gives us the victory over the darkness.

- Why is war so prominent on the earth in all eras of history?

- What is the origin of Satan’s rebellion?

- How should believers understand the prominence of Satan and demons in the world today?