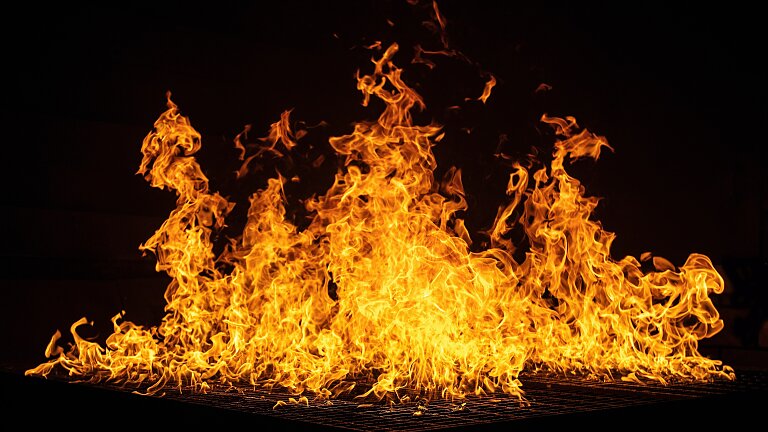 The Lake of Fire

Revelation 19:20 (ESV) -- "And the beast was captured, and with it the false prophet who in its presence had done the signs by which he deceived those who had received the mark of the beast and those who worshiped its image. These two were thrown alive into the lake of fire that burns with sulfur."

A devotion on Hell is not very typical. I get that. But perhaps our recoil at Hell is something we should take more time to consider. God doesn’t blush at the mention of Hell. This doesn’t mean that He delights in it. For the Lord doesn’t delight in the death of the wicked, and certainly doesn’t rejoice at their plight of Hell.

Many people today have adopted their theology around their dislike of Hell. Some have erased Hell as a reality or possibility for anybody. The argument is that it makes God seem cruel and unloving. They refuse to believe what the Bible says about it, or they reinterpret the meaning of such passages to throw doubt on the teaching of Hell.

But Scripture gives consistent testimony about the reality of Hell. The Bible describes Hell as the lake that burns with sulfur. Whether this is meant to be understood literally or not, the meaning is clear: Hell is a place of misery and torment.

One day Satan and his demons will be cast into the lake of fire. Those who died in their sins and rebellion against God will join them. The truth of the matter is: each one of us reading this deserves to be there. The only hope we have of rescue and escape from the lake of fire is trusting in the Christ that God sent to save us. Jesus’ death and resurrection purchased our redemption and is payment for our debt. We must receive it with open hands as a child receives a present. With gratitude we say “thank you” for such grace and love, and we trust Jesus to make us new. That is how we escape the lake of fire. It is vital for us to recognize we deserve it. Our sins deserve severe judgment. But if we are in Jesus, we rejoice today that our lives are now hidden in Christ.