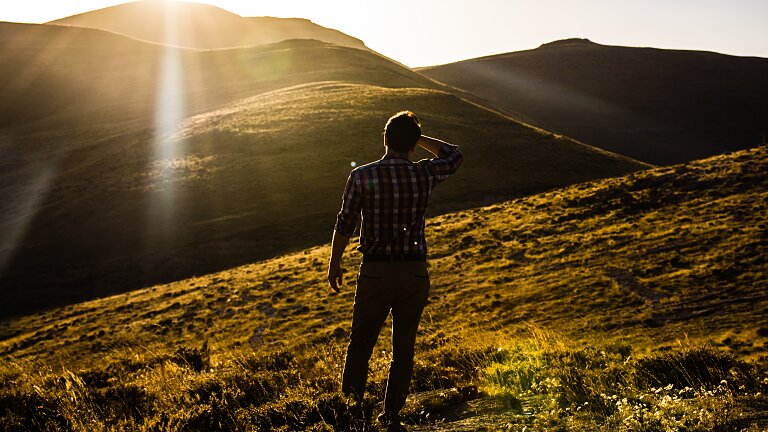 Job 9:2-3 (ESV) — “Truly I know that it is so: But how can a man be in the right before God? If one wished to contend with him, one could not answer him once in a thousand times.”

Sports always involve winning and losing. Individuals or teams square off against one another in battle of skill to see who is the best. It doesn’t matter if it is football, basketball, baseball, hockey, soccer, or tennis, the competition is ultimately a battle of supremacy. Sometimes in these competitions it becomes clear that one team or individual is far superior to the other. In some cases, you know before the competition even begins that one participant or team doesn’t stand a chance. They can’t win, even if they have their best day.

Our passage today points us to that reality when it comes to our spiritual state. Job cries out in response to one of his friends, “But how can a man be in the right before God?” Think about that question. He is asking a question, but he’s really making a statement. Man is a fallen creature who has rebelled against God and has a sin debt ten million miles long. We don’t stand a chance to stand before God in righteousness if that righteousness is our own.

Job goes on to state, “If one wished to dispute with Him, He could not answer Him once in a thousand times.” What is he saying? He is saying that man can’t plead his innocence to God. He can’t appeal to his righteousness or goodness before God. We are sinners.

I love the question he asks: how can a man be right before God? That is the million-dollar question for every human being. And there is only one answer you can give in order to answer it correctly: trust in the finished work of Jesus Christ. Our right standing with God comes only through faith in Jesus’ death on the cross for our sins and his resurrection from the dead. Apart from that faith and belief in Christ, there is no right standing.

Our sinful condition has left us hopelessly incapable of fixing ourselves. But praise be to God. We don’t have to try. Jesus has come to save and rescue those who couldn’t rescue themselves. Call on him, and turn to him today. He is the one that makes you right before God.

- Why can’t man stand before God on his own and be in right standing?

- Why are our works or best efforts at holiness not enough to give us a righteousness with God?

- Who alone makes us right before God? What should that right standing produce in our lives?