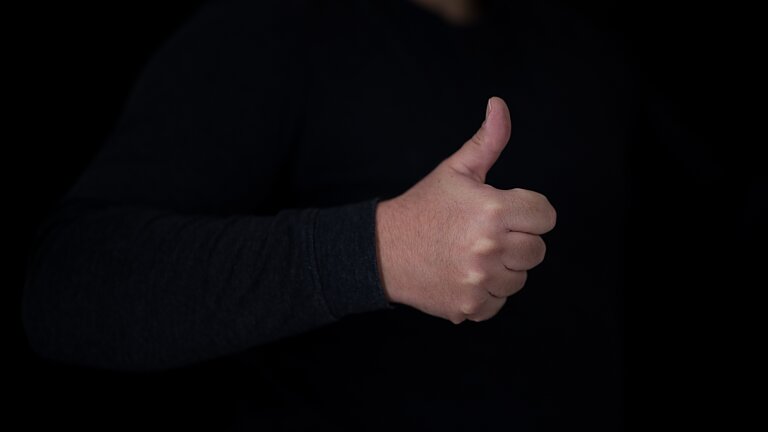 1 Peter 1:3 — Blessed be the God and Father of our Lord Jesus Christ! According to his great mercy, he has caused us to be born again to a living hope through the resurrection of Jesus Christ from the dead,

In the classic movie, Gladiator, the Emperor Commodus has the right to determine whether a gladiator in the amphitheater receives mercy or death when defeated in a match. The famous scene unfolds after Maximus defeats his opponent who is lying on the ground in agony. He waits to see what the Emperor’s verdict will be. Commodus stands up and holds out his arm, his thumb pointed out from his clinched fist. The crowd waits to see if he will give a thumbs up and mercifully spare the defeated warrior, or thumbs down to end his life. As the crowds chant and grow in anticipation, Commodus turns his thumb down, demonstrating no mercy.

The Emperor exerted the power of life and death, blessing and curse. Our passage today reminds us of the real-life King of the universe, and His capacity for giving mercy to the undeserving. Peter writes in his first epistle that according to the great mercy of God He has caused us to be born again. The work of salvation that unfolds in the life of believers is that our hearts are changed from unbelief to belief. This work is from God. The Bible calls this being born again. The new birth is a work of God. Apart from His power supplied to our hearts, we will never respond to the message of the gospel.

Has your heart been transformed by Christ? Have you been born again to a living hope through Christ? If so, that work occurred because of the power of God. But Peter reminds us that the reason He did this work is because of His great mercy. The mercy of God is His withholding of the retributive justice we deserve for our sins. He stays His judgment. He relinquishes from pouring out His anger for sin against us. We receive mercy. The proverbial thumb of God turns up. We are spared.

Praise God today for such an unwarranted and unmerited gift.

- Have you received this mercy from God? Where would you be today without it?

- If God’s mercy is not in response to our goodness, where does it come from?

- How should people spared by the mercy of God live? What should our lives look like?