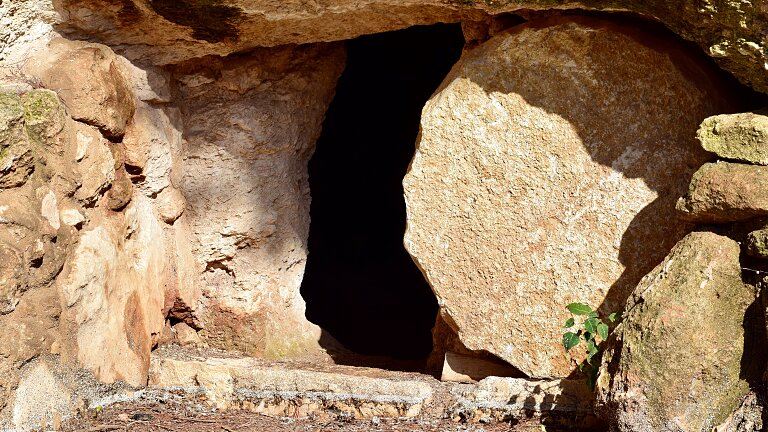 He Is Not Here

Mark 16:6 (ESV) -- And he said to them, “Do not be alarmed. You seek Jesus of Nazareth, who was crucified. He has risen; he is not here. See the place where they laid him.”

The most important doctrine in the Christian faith is the resurrection. That surprises some people to hear. Many think the sovereignty of God, the Trinity, the exclusivity of Christ, faith alone in Christ alone for justification, or even the authority and infallibility of the Scriptures are more important. All these are crucial doctrines of first importance. But if there was one doctrine that stands above them all, it is the resurrection of Jesus.

We read in each of the four Gospels about the resurrection. The Gospel of Mark says, “And he said to them, ‘Do not be alarmed. You seek Jesus of Nazareth, who was crucified. He has risen; he is not here. See the place where they laid him.’”

The women who followed Jesus showed up to the tomb on the third day. Jesus had died. The agony of the cross and the brutal killing of Jesus remained in their minds. As they arrive at the tomb, the very large stone covering the tomb had been rolled away. But before they can start debating what happened, an angel appears to them. The angel tells them not to be alarmed. Why? Jesus had risen. He was gone. The tomb was empty.

The resurrection of Jesus is significant for Christians. Why? Because it is the evidence that His sacrificial death for sinners satisfied the payment of God’s wrath for sins. Death could not hold Him down. This is evidence of His Messianic office, divine nature, and victory over sin. If Jesus wasn’t raised from the dead, then Christians are still dead in our sins. The resurrection isn’t just an extra add on to the gospel message. It isn’t a firework display to show how awesome Jesus is. It was necessary. Jesus came to defeat sin. And the wages of sin is death. So Christ died and took the wages of sin upon Himself for sinners. But if He truly defeated sin through His atonement at the cross, then the evidence would be the defeat of death. And He did. That’s why the angel’s words “He has risen; he is not here” are incredible words for Christians.