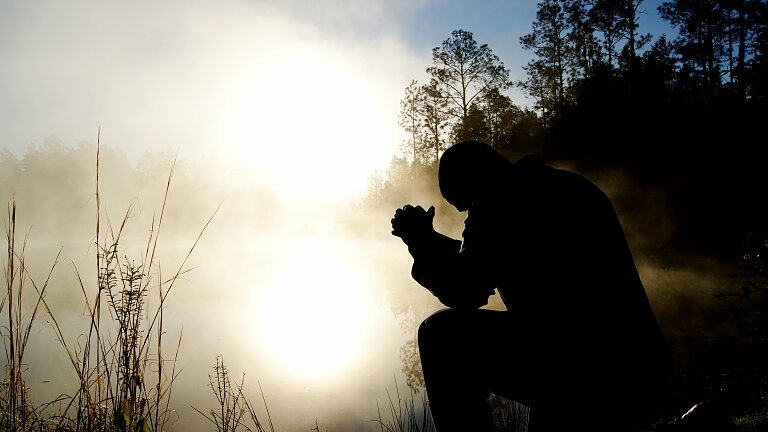 He Fell At Jesus' Knees

I’ll never forget seeing Michael Jordan in person. I was 11 years old. The Bulls were playing an exhibition game in Nashville against the Utah Jazz. Karl Malone, John Stockton, and Scottie Pippen were all standing right in front of us playing basketball. It was incredible. But all the focus was on one man: Jordan. He’s the greatest basketball player of all time. He’s the guy I watched on TV and hung posters of on my bedroom walls. Now he was right here, just hundreds of feet in front of me, wearing his famous number 23.

Everyone’s cameras flashed with his every move. People oohed and awed as he played. On one breakaway he had, he flew in for a dunk and the gymnasium filled with camera flashes and cheers. Being in the presence of basketball greatness filled the entire arena with awe and wonder.

Our passage today captures this reality, except on a bigger scale. When Simon Peter goes fishing with Jesus, after a night of no success, he believes it will be a colossal waste of time. But since Jesus told him to put his net out, he did it and questioned why this guy he had only recently met was asking him to do this. Jesus wasn’t even a professional fisherman. Peter was. But then Peter discovered Jesus wasn’t just some man. The haul of fish nearly capsized the boat. Peter’s response to Jesus wasn’t “Wow, that was so cool!” No, he fell at Jesus’ feet and told Jesus to leave him because he was a sinful man. What a strange response. Why did he say that? Because in that moment he recognized that Jesus was no ordinary man. This was a man who was holy. Peter likely didn’t recognize or know that Jesus was God in the flesh, but he knew he was holy. And the holiness of Jesus made his own sinfulness apparent.

Jesus is holy. He is fully God and fully man, and as the God-Man, perfectly holy. His holiness shines a light on our sinfulness. But thankfully, like Peter, we can experience pardon from our sin because Jesus, the Holy One, came to take our sins away.

Reflection & Journal:
- Why is Peter hesitant to believe his effort to cast the net out will do any good?
- How does Peter respond to the net full of fish? Why is this his response?
- What should recognition of the holiness of God produce in our lives?