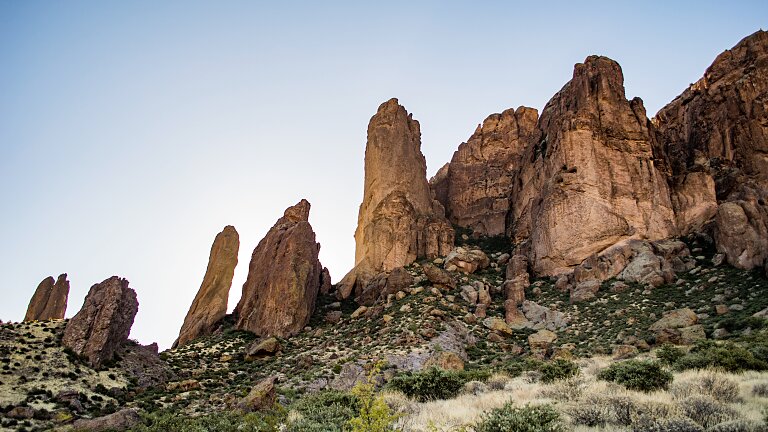 Greater Than All The Gods

Exodus 18:11 (ESV) — “Now I know that the LORD is greater than all gods, because in this affair they dealt arrogantly with the people.”

Jethro isn’t a prominent figure in the Bible’s storyline, but he is a pivotal figure for the life of Moses. Jethro was the father of Moses’ wife. Jethro was not a Hebrew like Moses or the people newly rescued out of Egypt. Jethro was not a child of Abraham, Isaac, and Jacob. Yet he helped Moses tremendously. After the people of Israel came out of the desert, they brought their needs to Moses. It overwhelmed him. Jethro is the one that instructed Moses not to attempt shouldering all the people’s burdens on his own.

Our passage today shows that while Jethro was not part of the people of Abraham, he knew that YHWH was the One True God. In the previous verses, Moses describes to Jethro the wonders of all God did in Egypt. He tells him about the plagues, the Passover, and the display of the power of God over Pharaoh and his chariots dashed in the Red Sea. Jethro is amazed at these things. This is what leads him to say, “Now I know that the LORD is greater than all gods, because in this affair they dealt arrogantly with the people.”

This proclamation from Jethro is a statement of faith. He hears about the wonders of what YHWH did in Egypt and declares that He is greater than all the gods. It is important to note that this doesn’t mean that there are other gods. But for Jethro, he lived in a world where they believed different gods ruled over each region and territory. They believed in regional gods that ruled over lands and people. But after hearing the feats of YHWH, Jethro declares that YHWH is greater than all the gods. YHWH displayed His supremacy over the arrogance and injustice of Pharaoh and the Egyptians.

Jethro’s proclamation of faith should be instructive to us. God is over all. There is no situation or circumstance that is bigger than Him. There is no person or group of people who can thwart His plans or power. In our lives, we need to know God in the way Jethro knew Him. He believed the testimony of Moses’ words and it bred faith in him. We have the full testimony of God’s Word to remind us of the greatness of God. Place your full confidence and faith in Him today.

Reflection & Journal:
- How did Jethro come to hear about the works of YHWH? What does this teach us?
- How does the testimony of Scripture about the works of God inform our faith today?
- What are some examples of how a life lived in faith should look each day?