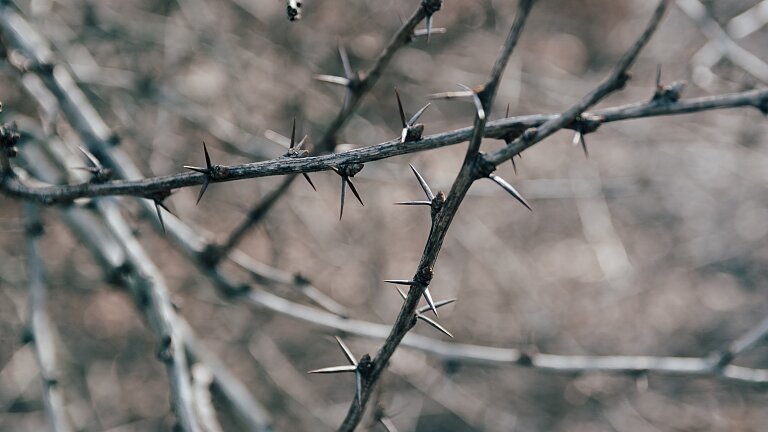 Cursed is the Ground

Genesis 3:17 (ESV) — And to Adam he said, “Because you have listened to the voice of your wife and have eaten of the tree of which I commanded you, ‘You shall not eat of it,’ cursed is the ground because of you; in pain you shall eat of it all the days of your life;

There are many sports franchises that believe they are under a curse. The lore of a curse typically grows as the franchise struggles to win, particularly championships. The Boston Red Sox believed they were under the “curse of the Bambino” for trading legendary sluggard Babe Ruth to the New York Yankees. The Yankees went on to win countless titles while Boston went without one. They finally broke the curse in 2004. The Chicago Cubs had a similar curse and drought of championships, finally broken in 2016.

Sports curses are conspiracy theories developed by fan bases that are eager to justify why their team hasn’t been successful in a while. But are curses real? Is there such a thing as a curse?

Our passage today tells us that there is a real curse that exists. It isn’t the sports curse of a professional franchise, but it is a general curse that exists on the land of the earth after the sin of man. One of the pronouncements of judgment by God after the fall of Adam and Eve is a curse on the land. God says that because Adam listened to his wife and ate the forbidden fruit, this brought the curse on the ground. This cursed ground meant the work of cultivating the soil would bring difficulty, even pain. Work is never easy, but because of the curse on the ground, it is harder.


This is just one example of the devastating effects of sin. Sin’s lasting effects never isolates to us as individuals, but spills into other areas of life and creation. Sin affects everything. The curse pronounced by God in the Garden continues today. But thanks be to God, through the finished work of Jesus at the cross, and his resurrection, one day the curse will be lifted. The blessings of Christ’s work take effect, as the Christmas carol says, “Far as the curse is found.”