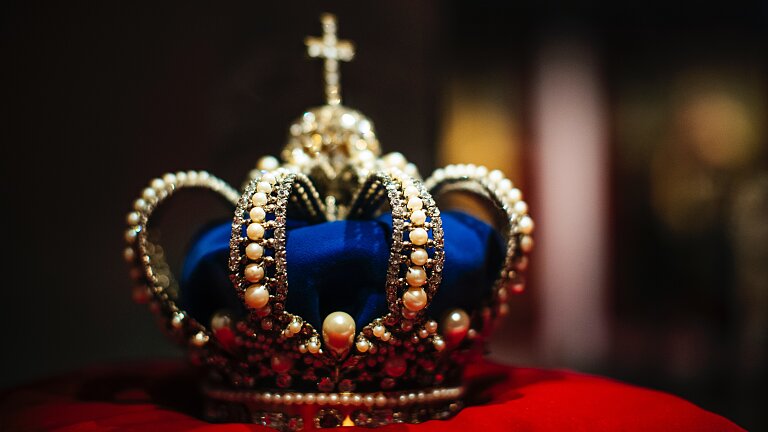 Hebrews 2:9 — But we see him who for a little while was made lower than the angels, namely Jesus, crowned with glory and honor because of the suffering of death, so that by the grace of God he might taste death for everyone.

Athletes who achieve high levels of success are ascribed a certain amount of glory. When a basketball player breaks a significant record or accomplishes a particular milestone, they often stop games to announce it to the crowd. Sometimes a short ceremony happens to honor the individual. This happens in every sport for different reasons. In those moments of celebration and honor, glory is being ascribed to the individual. Who they are and what they’ve done is being exalted and praised by everyone. The individual receives the honor due their name and achievements.

This glory we ascribe to athletes, musicians, or actors is a real glory. But it is a far lesser glory than that which is owed to God. He alone is worthy of supreme glory for the reality of who He is and all that He has done. We see this in our passage today.

Jesus and His finished work at Calvary are being described by the Hebrew writer. He emphasizes Jesus’ incarnation into the world and the flesh for the purpose of dying in the place of sinners. Notice his description. He was “made lower than the angels” during his incarnation. He became a man. He left His exalted status in Heaven and took on flesh, making Himself lower than the angels. But now, He is crowned with glory and honor. Why? Because of the suffering of the death He endured at the cross for the sake of God’s people. He tasted death for everyone in his sacrifice.

We could give many more reasons why Jesus is worthy of our praise. We can emphasize His miracles, teachings, and ongoing work of ruling as the Resurrected King. But the Hebrew writer reminds us of the glory of His incarnation and death for us. Let this sit on your own heart and mind today. Reflect on the reality of the exalted Christ, crowned with glory for all He has done.

- What does it mean for Jesus to be crowned with glory?

- How should the life of a believer reflect our understanding of Jesus’ glory?

- Why is understanding the glory of Christ important for us?