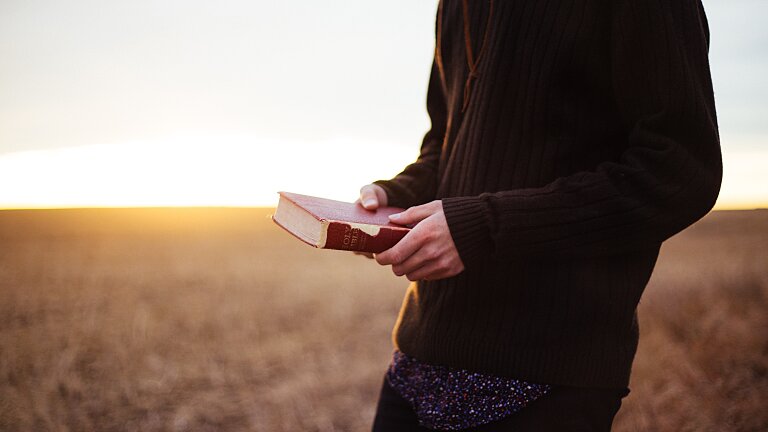 Romans 4:23-25 (ESV) — But the words “it was counted to him” were not written for his sake alone, but for ours also. It will be counted to us who believe in him who raised from the dead Jesus our Lord, who was delivered up for our trespasses and raised for our justification.

In the story of Abraham, we see an important biblical theme emerge that will carry to the New Testament. The idea of being declared righteous on the basis of faith. God chose Abram, who will be renamed Abraham, and He does so out of His own good pleasure. He chooses Abraham to be the founder of a nation. This nation will be God’s people, and these people will worship YHWH as their God. There was nothing in Abraham that commended him to God. No, God simply chose him.

Then we see God make a promise to give Abraham an heir. At this point, Abraham was an old man, but Abraham believed God. And God fulfilled His promises to Abraham. This lineage from Abraham would be the nation of Israel, and from Israel would come the Redeemer of the whole world: Jesus.

In our passage today, Paul shows how Abraham’s faith in God’s words and promises to him were counted as righteousness to Abraham. The reason this is so important, is that is how we are declared righteous today too. We do not earn righteousness any more than Abraham did. No, we believe the words of God. We believe the promises of God. And the promise we specifically believe is the good news of the gospel. The gospel declares that God sent His Son into the world to save it. He became a man, lived a perfect life, died a sinner’s death on the cross as a sacrifice, and then rose from the dead. The promise is that everyone who believes upon this sacrifice, Jesus Christ, will be forgiven of their sins and inherit eternal life.

Reflection & Journal:
- What is the difference between righteousness by faith and righteousness by works?
- Why is Abraham’s faith a picture for us today of believing the gospel?
- How would you explain being righteous before God to someone else?