When we think of missions, we might bring to mind faithful believers sharing the Gospel in far off places. We might think of those leaving their homes to serve in bustling cities filled with millions who don’t know Christ or walking dirt roads from village to village in sharing the Good News with the dozens who live there.

But why does missions exist? Some say it is because worship does not. This is true, but let’s dive deeper than that. Why does God use missions at all? He does not need to. He could save everyone, destroy everyone, or send armies of angels as messengers. There are an infinite number of realities God could have made, yet He chose to use missions. Why? For His glory through our faithful obedience.

Habakkuk 2:14 says, “For the earth will be filled with the knowledge of the glory of the Lord as the waters cover the sea.” This is not just an empty hope. It is a promise.

Genesis 1:1 tells us that “in the beginning, God created the heavens and the earth.” This means that, before this event, God made decisions about what would happen in eternity past. 1 Peter 1:19-20 tells us that Jesus was predestined to die on the cross for the world’s sins. Ephesians 1:3-6 tells us that Christians were chosen in Christ “before the foundation of the world.” Jesus says that the Father loved Him “before the foundation of the world.” This evidence points to God making many decisions before He spoke the world into existence. Missions was part of God’s master plan before the first people were ever created.

God’s first command to Adam and Eve was to “be fruitful, multiply, and fill the earth.” The reason is that the world was made to be full of image-bearers worshipping and glorifying God. Adam and Eve failed in this command, but the mandate continues for the generations that followed them. In Genesis 11, the Tower of Babel incident led to God confusing the people’s languages, which prompted a worldwide migration. Genesis 11:8 says, “So the LORD dispersed them from there over the face of all the earth.” This was all part of God’s master plan.

Jesus came down as part of the master plan as well. Instead of coming down majestically with armies of angels surrounding him, he came as a vulnerable baby born of a poor carpenter couple from Nazareth. Jesus grew up and called people to follow Him. Jesus did not need followers to go and make disciples but did so because it was the way the Father ordained it to be. He is still sending His followers to “go and make disciples” and delights in our faithful obedience. When we hear stories and accounts of missionaries from hundreds of years ago through today, we’re inspired. We see the love of Christ shine through the hearts of believers.

One day there will be numerous believers around the throne of God worshipping Him and saying, “Salvation belongs to our God who sits on the throne, and to the Lamb.” These believers will be from all around the world. We can see the beauty in God’s plan through the history of the church. Early believers from Israel shared the Good News across Rome. The Gospel was carried across deserts to Ethiopia and by ship to the unreached in Ireland. That same Gospel spread to the New World, growing from there to much of Asia. Today we see missionaries from Asian nations going to the unreached and even the places in which the Gospel was first proclaimed. Paul expresses throughout his letters that he wants to share in the joy of people trusting in Jesus, and we’re called to that joy as well.

Personally, a short-term mission trip exposed my call to vocational ministry. I led a team to the Philippines for two months to share the Gospel and love the local people. God did not have to use me, but we can see the beauty in God’s design in his purposes and means. When believers share in the love of Christ, it leads us to worship.

Yes, missions exists because worship doesn’t. Missions also exists to glorify God through our faithful obedience, participating in His gathering of the nations in a greater worship to come. 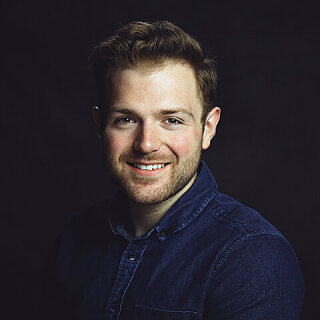 Christian serves as the Director of Mobilization/Missions as he leads the For the Nations ministry for The Journey Church in Lebanon, TN. He will be married to Danyel as of September 2022.

Does the Bible Allow Women to Be Pastors?
I Can't Unsee the Nations
Why Does the Church Talk So Much About the LGBTQ Movement?