What Does the Bible Say About Transgenderism?

Kate was a pretty and popular girl, but she didn’t feel that way. Though she weighed less than 100 pounds, Kate believed she was overweight and unattractive. Determined to do something about it, Kate began making herself throw up after meals. The only reason her friends found out what she was doing is because after eating, she would always excuse herself to use the bathroom. As suspicion grew, one day her friends stood outside the bathroom and heard Kate make herself regurgitate her food. Afterwards, they confronted her and got her the help she needed.

Loving a person means telling them the truth when their lifestyle and thinking are detrimental to their health. In Kate’s case, her friends told her, “Kate, you’re not fat. You don’t even weigh 100 pounds. What you’re doing isn’t helping you; it’s causing damage. Please stop this harmful behavior.” This is the normal way of helping someone through a mental disorder.

It’s normal unless you’re dealing with someone who identifies as transgender. If man or woman claims to have, or is diagnosed with, gender dysphoria, they are encouraged to bring their body into conformity with how they feel and what they think, even if those thoughts and feelings do not correspond with reality. Men who feel like they should have been born a woman aren’t counseled to live like a man. Rather, they are told to dress like a woman, take estrogen, and, in some cases, amputate perfectly healthy body parts. Women who identify as men are sometimes encouraged inject testosterone, get double mastectomies, have hysterectomies, and even have medical professionals sew freshly carved skin from their own bodies to look like male genitalia.

We are living in unprecedented times. The transgender movement seems to have taken the American stage overnight despite the small proportion of those who identify as transgender – less than 1% of the U.S. population based on Gallup’s research. Transgender identification is significantly higher among younger generations, particularly Gen Z (those born after 1996). Christians must think biblically about these matters, and we must do so fast. The purpose of this article is to first understand what transgenderism is and then lay out foundational biblical truths in response.

People who identify as transgender are individuals who “feel that the sex they were assigned at birth doesn’t match their gender identity, or the gender that they feel they are inside. These people are often called transgender.” This definition comes directly from Planned Parenthood’s website, a leading cultural voice in the LGBTQ community. They are also advocates and providers of “gender affirming hormone therapy.”  Their definition is affirmed by conservative Christian author, Sharon James, who wrote, “The umbrella term ‘transgender’ is often used to include everyone who feels any dissatisfaction with their biological sex.” (Gender Ideology, What do Christians need to Know? Pg. 25) I use these statements from two different sides of the conversation to show that there is a general consensus on what it means to be transgender. Though there seems to be an endless number of gender identities, defining what it means to be transgender (or “trans”) is not nearly as complicated.

Transgender people are usually described as having gender dysphoria. Gender dysphoria, according to Planned Parenthood, “is a term that psychologists and doctors use to describe the distress, unhappiness, and anxiety that transgender people may feel about the mismatch between their bodies and their gender identity. A person may be formally diagnosed with gender dysphoria in order to receive medical treatment to help them transition.” Sharon James basically agrees. “Gender dysphoria” says James, “means that a person is unhappy with their biological sex. They believe they would be more truly ‘themselves’ if they were able to live as a member of the opposite sex—or, in some cases, as neither male nor female.”

Until 2019, gender dysphoria was classified as a psychological disorder by the World Health Organization. However, medical professionals, at least those who are trusted by the trans community, no longer label gender dysphoria as a mental disorder. Instead, those who experience gender dysphoria are encouraged to seek a counselor or therapist who can help with the process of transitioning.

You will not be able to find a specific passage or verse that speaks directly to the issue of transgenderism or gender dysphoria, just as you won’t find verses specifically dealing with bulimia. The Bible was written thousands of years ago in a country and culture far removed from our own. But this doesn’t mean the Bible can’t give us help and guidance on this topic. It is the inspired Word of God and contains timeless truths and godly principles for every generation and every aspect of life.

Here, then, are several biblical foundations that can help Christians think through this important topic.

#1-There are Only Two Genders

So God created man in his own image, in the image of God he created him; male and female he created them. - Genesis 1:27 (ESV)

God created human beings in His image, “male and female He created them.” The Bible only recognizes two genders—male and female. Contrary to the wisdom of the “experts,” there aren’t a plurality of genders one may identify with. When I last checked, there were upwards of 70 different gender identities being used by people in the trans community. But the Bible is clear that God made people to be either men or women. Nothing else.

#2-God is Purposeful in Forming Each Individual

For you formed my inward parts; you knitted me together in my mother's womb. I praise you, for I am fearfully and wonderfully made…My frame was not hidden from you, when I was being made in secret, intricately woven in the depths of the earth. – Psalm 139:13,15 (ESV)

Our gender is no accident. Scripture shows that God was purposeful in making each of us, and in giving us the unique soul and body He chose for us.

#3-Biological Sex is Not Different from Gender

There is no Scripture reference for this point, as Scripture never differentiates a person’s gender from their sex. A person’s gender is determined, not by a doctor (the trans-community claims they were assigned a gender at birth by doctors), but by God who chooses our sexual characteristics, which in turn determine our gender—either male or female. God chooses our gender, and it cannot be changed.

In the trans-community, genitalia does not determine gender. In other words, just because you’re born with male reproductive organs, that does not mean you’re a man. Gender and sex aren’t the same thing. Your sex is determined by your biological makeup—chromosomes, genitalia and hormones. But those biological realities don’t necessarily determine your gender. Gender is about identity. It’s about how you feel. So, even if you’re born with male reproductive organs, but you feel like a woman, then you’re actually a female who needs to begin physically transitioning.

Now this I say and testify in the Lord, that you must no longer walk as the Gentiles do, in the futility of their minds. They are darkened in their understanding, alienated from the life of God because of the ignorance that is in them, due to their hardness of heart. They have become callous and have given themselves up to sensuality, greedy to practice every kind of impurity. – Ephesians 4:17-19 (ESV)

Our feelings do not determine reality and are often misleading. Just because someone feels like they should have been born a different gender does not mean they are a different gender. Remember, Kate thought she was fat, yet she weighed less than many elementary school kids. Our feelings are subjective, often untrustworthy, and should be informed by the objective truth of God’s word. We don’t make our bodies conform to our minds. We make our minds conform to our bodies.

It should be no surprise that some people believe they were born in the wrong body. Those who reject God “are darkened in their understanding” (Ephesians 4:18), because God has given them up “to a debased mind to do what ought not to be done” (Romans 1:28). This is why we need to “be transformed by the renewal” of our minds by the truth of God’s Word (Romans 12:2). Truth must be spoken to those who suffer from gender dysphoria.

#5-God Will Not Bless Transgenderism

A woman shall not wear a man's garment, nor shall a man put on a woman's cloak, for whoever does these things is an abomination to the Lord your God. – Deuteronomy 22:5

The very idea of transgenderism is an assault on God’s good design. He “created man in his own imagine, in the image of God he created him; male and female he created them” (Genesis 1:27). To deny or attempt to reverse one’s gender is absolute rebellion against the Creator.

Furthermore, God is appalled when we try to live as the opposite sex (Deuteronomy 22:5). Some may argue, “But that’s the Old Testament. That doesn’t apply today. First, that’s an oversimplification of the Old Testament’s meaning and application. Second, even if that text did have a temporary purpose that has now been fulfilled, I can’t imagine God is now pleased with something He once called an abomination. Additionally, Paul made it clear to the Corinthians that men and women should be clearly defined by their outward appearance (1 Cor. 11:14-15).

#6-You Cannot Change Your Gender

Jesus said to her, “Woman, why are you weeping? Whom are you seeking?” Supposing him to be the gardener, she said to him, “Sir, if you have carried him away, tell me where you have laid him, and I will take him away.” – John 20:15 (ESV)

We have several examples of gender being referenced in scripture among those who have died (Luke 16:19-31, Revelation 4-5). In John, Mary Magdalene sees the resurrected Christ and initially mistakes him for a male gardener. In His resurrected body, Jesus was not genderless. While we don’t know everything about our souls or what our resurrected bodies will one day be like, we can infer from Scripture that our gender is something we will carry with us into eternity. Science can now alter appearances so that men look like women and vice versa. In the future, science may be able to alter our genetic makeup to make those changes at an even deeper physical level. Yet, those surface alterations don’t change who God knows us to be and how we will one day stand before Him.

I have a friend whose daughter is transgender. She lives and looks like a man. If you saw her in public, you would never know she’s a female. But when my friend went to his daughter’s house to help her move furniture, though she looked like a man, she had the strength of a small woman. That’s because she is a woman, and she will never be a man. As James says, “It is impossible to change sex; you can only change appearance” (Gender Ideology, What do Christians need to Know? Pg. 34).

The Gospel is the Power of God to Save

The ins and outs of transgenderism are complicated, and we are truly treading upon uncharted territory. Nevertheless, the mission of the church and the need of man remain the same in all generations. The man or woman struggling to settle his or her identity ultimately needs to be reconciled to God through Jesus Christ. All of our problems, despite their diverse manifestations, boil down to this—we have been alienated from our Creator, corrupted with sin, are under the judgment of God, and in desperate need of the redemption only Jesus can provide. 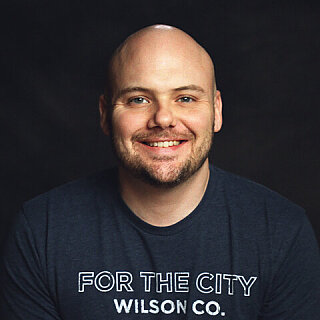