Often, children dream of becoming “just like their parents'' when they grow up. In this pursuit, they begin to act like them, to repeat phrases that they hear their parents say (some not so appropriate), and sometimes, try to literally see what it is like to walk in their shoes. Because of the relationship they have with their parents, they desire to become more like them in how they look, how they sound, and how they live. They want to follow in their footsteps.

One of the most beautiful parts of Christianity is the theme of redemption. From Genesis 3 all the way through Revelation, we find that although humans have sinned and brought judgment upon themselves, God has worked throughout history to restore what sin has broken. How does God accomplish this redemption? Through the work of God the Son, Jesus of Nazareth. Through His timely incarnation, sinless life, perfect death, and glorious resurrection, Jesus accomplishes everything necessary for humans to be reconciled to God. This righteousness of Christ is credited to us by faith. Receiving this righteousness results in a “new person,” where we are “born again” by the work of Christ.  In light of this, what should a Christian’s walk look like once called into union with Christ? It’s one marked by following in His footsteps.

Following His Footsteps into Death

Paul writes in Romans 6:3 that those who are baptized into Christ are “baptized into His death.” That’s an odd step on the path to redemption, no doubt, but a necessary one. Why? Because Jesus’ human path was more than a great story; it was the gateway for humans to enter into a redemptive relationship with God. Just as Jesus died FOR the sins of the whole world, we must die to the sins that separated us from God. This is a necessary part of salvation, called repentance. Just as baptism signifies the old self being laid to rest and the new life beginning, our relationship with God begins in a great reversal. We die to sin so the life Christ’s death secured can be applied to our account.

Following His Footsteps in New Life

Jesus’ footsteps did not end at the cross. There is also the empty tomb. Paul says later in Romans 6:5 that just as we are united with Jesus in His death, we will be united with Him in His resurrection. Although there is a great cost to redemption, there is a greater reward. Jesus’ resurrection is the power of salvation, where even the ultimate consequence of sin, death, has been overcome! That means, for those united in that victory, there is now nothing to fear. We not only are set free from the punishment of sin; we are set free from the power of sin! We now find new life through the Holy Spirit within us, and we receive that life because Christ lives.

Following His Footsteps into Glory

Even still, Jesus’ humanity did not end with the resurrection. There was also a next step: glorification. After Christ had accomplished all the work the Father had given Him while He was on the earth, He ascended back to His rightful place by the Father’s side to exercise dominion over everything. Just as we are to follow Christ in His death, and we are to follow Him in His resurrection, we too will follow Him in His glorification. Paul says in 1 Corinthians 15:49-54 that our physical body will be raised and put on imperishable, immortal bodies just like “the man of heaven.” The hope for Christians is not merely to avoid punishment, and it is not merely to survive death; it is the promise of restoration to our full humanity. What Christ has done has paved the way for sinful humans to experience the total restoration of who we were made to be. A completeness that will never be broken or corrupted again. How did He accomplish this? By becoming perfectly human Himself. Jesus lived a perfect, sinless human life, died a genuine human death, and secured an eternal human resurrection that we find hope in. In Hebrews 9:24, we see that Christ has entered into the very presence of God on our behalf. He has paved the way for us to be welcomed not just into an afterlife free of death, but into the very presence of God. He did this through shedding His own blood for our purification. Now, we are set free from the punishment of sin, the power of sin, and ultimately the very presence of sin. We are brought into the divine life! This is the eternal hope for all Christians, that there is a better life for us that is coming: a chance to be both fully human AND united with God.

The beauty of all of this is that we are brought into this life now. There is an “already and not yet” reality to redemption: we are transformed now for a life that is coming. We are justified in a moment, where Christ’s life is applied to us. The stain of our sins no longer sticks to us, and we are changed for His purposes. We are then sanctified in a lifetime, as we pursue the footsteps of Christ and the Spirit works within us. We start to look, sound, and live like our Father. When we are glorified, our salvation is complete: we are welcomed totally, unashamedly, directly into the presence of God, never to be cast out again. There is no more glorious truth than that. We can be forever united with our Father, adopted into His family, and this is possible only because of Jesus. Through His work, we are set free from the punishment, power, and presence of sin. Our feet can be firmly planted in His divine steps. 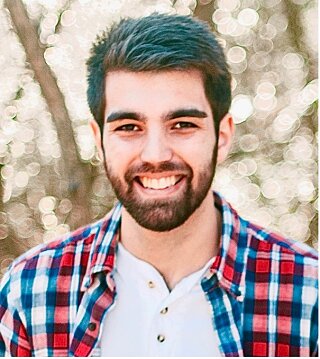 Joseph Bradley is married to his wife, Ashley, and is the Student Pastor at Second Baptist Church in Arkadelphia, Arkansas. He has contributed to Youth Pastor Theologian, and has a passion for philosophy and apologetics.