True For You But Not For Me

In 2021, we live in a postmodern culture. This means we live in a society that believes truth is relative and there is no such thing as an objective authority to follow. As Christians, we don’t have to rely on the culture’s opinion or the societal sway of what is right or wrong. God has given us theology for a believer’s pursuit of God’s truth and context.

Truth does not change. We can read God’s Word and don’t have to wonder if it has changed since being written a few millennia ago. For the relativists, this is a challenge to their psyche. In Truth Decay, Dr. Douglas Groothuis explains a Christian’s truth as absolute in nature. This means that the very essence of God’s nature is a truth that is unchanging. In John 14, Jesus Himself states that He is the truth. The definite articles “the” and “a” are very important to view in this particular passage of scripture. If Jesus was to claim that He is “a” truth, then it would give way to believing that He is one of many truths. However, Jesus, who is the self-proclaimed and self-proved Son of God, claims that He is “the” truth. Meaning He is the only truth that exists, and any other truth has to be matched up against Him. The importance of this example cannot be overstated, because if a person in today’s postmodern society says that it is wrong to harm my neighbor, it is not out of the question for me to say, “why is that wrong?” in response. This is because moral relativists cannot justify anything to be harmful objectively. Sure, harming someone might be wrong today, but 10 years from now it might not be wrong in their view.

Understanding that we have an objective truth given to us from God ought to be an encouragement as opposed to a swift kick in the head to this postmodern society. The task of theology today is to convince, and then assure society that there is a real, tangible, and never-changing standard of truth that we can follow while we live. Of course, the very foundation of a Christian ought to be based and founded on God’s Word and its inerrancy. In a postmodern world, it is possible for society to believe the Bible is God’s Word, but this becomes problematic whenever postmodernists believe that God’s Word has errors in it, or that it has changed. The inerrancy of scripture is important, because if the Bible is changing and shifting with the culture, who’s to say Jesus’ command in Mark 12 of loving your neighbor hasn’t changed? How do we know that standard is the same, but that other parts of the Bible, such as God’s view on homosexual behavior, have changed with the culture? Wayne Grudem established that the inerrancy of scripture means that the Bible is simply telling the truth, not a truth. This means that whenever a reader of the Bible views a text like Matthew 11:28, in in which Jesus tells people who are weary to come to Him and He will give them rest, He is being truthful.

Believing in the inerrancy of scripture means that truth will never change, and Jesus truly will give them rest. Grudem brings up the fact that if a person denies inerrancy, they must question if God is telling the truth in other subject matters as well. In today’s postmodern society, the question “is homosexuality wrong?” is now being framed as “Christianity must be wrong if it believes homosexuality is wrong.” This stems from specific commands in scripture that the postmodern reader simply does not want to follow. So, to lighten the blow, it is easier to just say that the scripture itself must not be right; then the reader does not have to face any consequences or oppositions on what they believe.

It appears that the postmodernist has a real problem with someone telling them what to do and what not to do. Which, to be fair, if just anyone tried to tell me and my family what to do, without showing why they should be trusted, I would tell them to go pound sand. However, what if the person was a fire fighter telling a family to leave a house that was about to become engulfed in flames? What if there was a meteorologist who encouraged families to leave their homes and go stay in a storm shelter because there was a storm approaching directly towards them? They would be more inclined to listen because that person has righteous authority to help save them. This is the reality that God shows in His Holy scriptures, a righteous warning and encouragement for the current days we’re living in.

We can encourage the people around us that God has truth for us that doesn’t change. The Gospel hasn’t changed so that means the hopeless can have hope. The skeptical can have truth. Jesus grants a love to us that will never change. 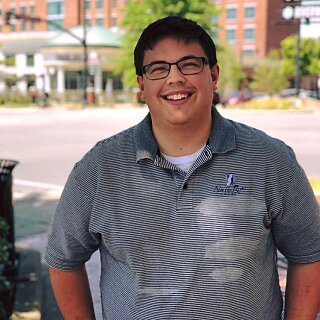 Landon Tucker is married to his wife Jordan, and is one of the pastors on staff at North River Church in Tuscaloosa, Alabama. Landon has written for several publications including Lifeway Christian Resources and Dowell Publishing.