The Sin of Favoritism

My brothers, show no partiality as you hold the faith in our Lord Jesus Christ, the Lord of glory. (James 2:1)

Throughout Scripture, we come to learn of many characteristics and attributes of God. We often talk about His attributes such as his love, omnipotence, eternality, omnipresence, triune nature, immutability and so on. One attribute that we rarely talk about or hear about God is His impartiality. God being impartial means that when it comes to salvation and our right standing before God, He shows no favoritism. Everyone is held to the same standard.

We see this characteristic of God in various texts throughout Scripture. “For the Lord your God is God of gods and Lord of lords, the great, the mighty, and the awesome God, who is not partial and takes no bribe” (Deuteronomy 10:17). “So Peter opened his mouth and said: ‘Truly I understand that God shows no partiality, but in every nation anyone who fears him and does what is right is acceptable to him’ ” (Acts 10:34-35) Paul when talking about God’s judgment of the Jews versus the Greeks he says in Romans 2:11, “For God shows no partiality.”

As image bearers of Christ, we are called to reflect this same impartiality in our lives, however, far too often we fail to do so. Our tendency is often to favor those who provide some sort of benefit for us. We tend to favor those who look and talk like us. We might treat people differently based on a number of reasons: race, gender, economic status, political party, intelligence, etc. We become judges of those who are not like us and oftentimes treat others unfairly without even thinking about it. Our fallen, sinful partiality allow us to make misconceptions about people solely based on their outward appearance.

At the time of the early church, discrimination against certain groups of people quickly became an issue. “Now in these days when the disciples were increasing in number, a complaint by the Hellenists arose against the Hebrews because their widows were being neglected in the daily distribution.” (Acts 6:1) We can see that it didn’t take long at all for the early church to stray from the incredible unity they had amongst themselves in Acts chapter 2. In Acts 2 they devoted themselves to the apostle’s teaching, held all things in common and distributed to those in need. The result of this unity was many being added to their number day by day.

As you continue in James 2, he addresses the sin of favoritism and he gives the example of favoring the rich over the poor (v.2-7). However, based on the other texts throughout Scripture, I believe this teaching on partiality can be applied to any type of favoritism. Whether it’s based on race, economic status, or anything else that we use to discriminate. Favoritism dishonors God and when we don’t extend mercy, it shows we do not recognize the mercy that has been extended to us.

Favoritism is something we as fallen people do naturally. We naturally gravitate toward those whom we feel like we can benefit from. We don’t want to be around people who could become burdensome, or we don’t relate to easily. However, we are given the clear command to not be biased or show favoritism towards anyone at all. In the first century, the division between races and economic classes was extremely prevalent, and in many parts of our culture, these divisions continue even to this day.

Like most teachings of the Bible, we are commanded to resist our own desires and not conform to the way the world thinks. James teaches that holding to our faith in Christ and showing favoritism towards people are not compatible with each other. We can’t claim Christ on one hand and be partial towards people on another. We are wrong in acting in this way and do not display the love of Christ when we do so. We should ask ourselves: Do we act partial towards certain people in our lives? Do we discriminate against certain people because they aren’t like us? If so, we need to repent of this sin and be obedient to Christ.

At the end of verse 1, James calls his half-brother, Jesus, “the Lord of glory.” We don’t show favoritism towards others because Jesus is the Lord of all peoples. He’s Lord of the rich and the poor, the black and the white, the democrat and the republican, the educated and the uneducated. Jesus Christ is Lord of all. He shows no partiality in offering salvation to any who would come.

Who are we to withhold the grace of Christ to those made in His image? 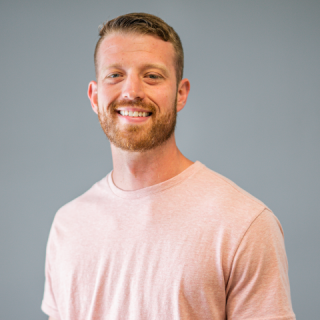