Note: To read the first of this two-part article, "A Man is Not a Dog", click here

Is it right for man to cut down trees for the purpose of building houses? What about the effects such activity has on the creatures who inhabit those areas? Do the trees have any rights? Is it right or wrong to make massive zoos and cage wild animals purely for our enjoyment? Should we ever use rats for experimentation or animal fur for coats?

Only in Christianity do we have a legitimate basis for saying man is more valuable than the animals. Man’s value is not because we’re bigger, stronger, or faster. If those were the measurements of what determines value, elephants, and cheetahs would surpass us immediately. The reason man has unique and inherent value, over and above everything else in creation, is because man has been created in the image of God (Genesis 1:26). Nothing else has. Elephants are valuable, but they weren’t made in the likeness of their Creator.

This still doesn’t answer the question of why man has the right to build zoos, cut down forests and test medication on lab rats. Does being made in God’s image give us that right? The answer is yes, but there’s more involved. God not only made man in His image, but the Lord also gave man dominion over everything He created (Gen. 1:28, Ps. 8:3-8).

Two words are significant in the Creation account regarding this topic. Those words are dominion and subdue. In the first five days, the Lord created the heavens and the earth and virtually all that fills them. But on the sixth day, God creates man specifically to rule over what God has made. That’s what it means to take dominion over all the animals (Genesis 1:26). The Hebrew translation for dominion means “to rule or dominate.” God made man king over everything He has made.

Man is also commanded to subdue creation. The word subdue means “to bring into bondage.” The same word describes Joshua entering Canaan and subduing the Promise Land. He takes the land into bondage according to God’s command.

Adam naming the animals is a practical example of what it means for man to take dominion and subdue creation. When Adam names the animals (Gen. 2:18), He is taking dominion over the animals. He is actively subduing God’s creatures. When you name someone or something, you have authority over that thing.

God wants man to take subdue and take dominion over His creation. It is good to go to the State Fair and see farmers displaying and caring for their animals. It is God-honoring when builders prepare the soil to build houses, car dealerships, schools, and churches. It is appropriate for man to make the oceans our source of food, ways of travel, and places of enjoyment. God is pleased for man to use the wilderness to hunt our game, build our homes and attain resources. God wants man to use the earth for his good.

Christians can not only make these assertions, but we can ground them. We can give a justification for why we take dominion. When animal rights activists, for example, claim that it is wrong to eat meat or cage animals, the question we should be asking is: “wrong according to whom?” On what basis can you claim it is wrong to eat meat and cage animals? Why is it wrong to tear down trees for lumber? It is one thing to be able to make an assertion. It is another thing to be able to give a justification for why that assertion is legitimate.

Christians can justify eating meat because God gave us that right (Gen. 9:3-4). We can say it’s right to take animals to be our pets and source of enjoyment because the Creator has given them to us as a gift (Proverbs 12:10, 2nd Samuel 12:1-6). Trees were meant to be cut down to make lumber (2nd Samuel 5:11, 7:2). Soil was purposed to be tilled and cultivated because God has made it so (James 5:7, 2nd Timothy 2:6). God has given all things for both resources and enjoyment.

It is important to say at this point, Christians should be the first to criticize the misuse or abuse of God’s creation. For example, in Yulin, Guangxi, China, a 10-day festival is held annually where thousands of dogs are eaten. We probably would not eat dogs, but we can say it is not wrong to eat dogs according to our Christian convictions. What is wrong are the reports of dogs being tortured at the same feast before they’re eaten (Proverbs 12:10). God-given dominion does not give man the right to be cruel tyrants.

We know God cares for the sparrows (Luke 12:6). He feeds the beasts of the field (Psalm 147:9). One of the reasons Jacob didn’t pass down blessings to Simeon and Levi is because they were “cruel” to animals, and “in their willfulness they hamstrung oxen” (Gen. 49:6-7). We may have the right to use God’s creation for our good, but we don’t have the right to abuse or misuse what He has made.

In the New Heavens and New Earth, the new and better Adam, Jesus Christ, will rule God’s creation. The Godman will do what Adam failed to accomplish. Jesus will take absolute dominion of God’s renewed creation, and we will reign with Him along with all the saints He has redeemed.  Faithful stewardship of God’s creation by His Elect is a marker for the rest of humanity that points to the coming promises of our Lord Jesus. 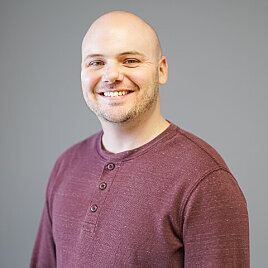