Is The World A Safer Place Than The Church?

I loved 90s country music as a kid, and I still do as an adult. But when I listen now I realize how many heavy lyrics flew right over my head. One song I think of is called Is There Life Out There? (Reba McEntire). The lyrics describe a woman who married young, now gazing out of a window and asking herself if there might be a better life “out there.” She doesn’t want to leave her family and home, but she can’t seem to put aside the thought that there may be something better for her “out there.”

I think many Christians find themselves asking similar questions at some point–especially if they have been severely hurt in the church. After the heartache they’ve endured within the body of Christ, might life be better “out there”? Could the world be a safer place?

I recently posted a tweet that engaged this idea. See below:

A lot of people didn’t like what I said. But I stand by my words. I believe that there is ultimately more suffering to be faced outside of the church than within it. Here are 3 reasons I believe this to be true.

1. The most powerful sin-restraining means are found in the church. While God in his common grace restrains sin in the world (no person is as bad as he or she could be all of the time), he does this in especially effective ways in the church. The primary way is through regeneration and sanctification–in other words, his transformation of hearts. He is progressively changing those who follow Jesus so that their loving instincts strengthen and their sinful instincts weaken. And for those that would stubbornly resist this work in their hearts, he provides another means of sin restraint: church discipline. Church discipline is designed to crush egregious sin through repentance or excommunication. Paul depicts the one who is excommunicated as being handed over “to Satan for the destruction of the flesh, so that his spirit may be saved in the day of the Lord” (1 Cor 5:5). Even in excommunication, the aim is repentance. But until that repentance comes, the person and his or her unrepentant sin is removed from the church.

2. The local church is a primary means God uses to preserve our faith. Chapter 3 of Hebrews commands us to encourage one another daily so that heart-hardening sin does not lead us to fall away from God. The connection here between mutual encouragement (which happens when we gather) and perseverance in the faith is clear. Then in chapter 10 the author exhorts us not to be like those who have stopped gathering with the church and proceeds to warn of the judgment that awaits us “if we go on sinning deliberately.” By connecting this exhortation and warning, the author implies that gathering with the church will keep Christians from persisting in sin in such a way that would lead us to face “the fury of fire about to consume the adversaries” (Heb 10:27). To put it another way, our eternal lives depend on us gathering. It is right to say that God himself keeps his people (Jude 24). But he uses means to do so, and one of these means in the local church.

3. God protects believers who are in good standing with the church from Satan. In 1 Corinthians 5 Paul says that when one is excommunicated from the church, they are “handed over to Satan.” 1 John 5 speaks of God protecting believers from Satan (obviously Satan can still hurt believers, but God doesn't let him hurt us as badly as he might want to). So, if to be removed from the church is to be given to Satan, then God’s protective graces that John speaks of must be conditioned on a believer’s good standing with the church. While voluntarily withdrawing from the church is not the same thing as excommunication (though it can lead to that), I think it’s likely that doing so has similar results. To refuse to gather with any local body of believers likely opens a person up to demonic dangers that they may have otherwise been protected from.

All of these points could be summed up in this sentence: God is with his gathering church in ways that he is not with the rest of the world (I use “gathering” instead of “gathered” because God is with his gathering people even when they aren’t together. Being scattered between gatherings is not the same thing as being separated from the church). This is why I believe that it makes no sense to believe that the world is safer than the church. My own experience testifies to the fact that it’s not. But more importantly, the Scriptures testify. They never warn against the dangers of gathering with the church but only against the dangers of willfully failing to do so.

Does this mean there is no danger or sin in the church? Of course not. The Bible is honest about the ongoing sin that all believers struggle with. It does not paint the church as a place where sin is absent but where it occurs and must be dealt with through forgiveness and reconciliation or discipline and excommunication. It also warns of unbelieving wolves in sheep’s clothing who creep in to destroy the flock. But when a wolf attacks and hurts someone, the response for the Christian is not to permanently withdraw from any and all flocks (though it may mean leaving one local flock to find a healthier one). The best response is to shoot the wolf (to expose him for what he is, get him out of the church, and, if necessary, report him to the police). 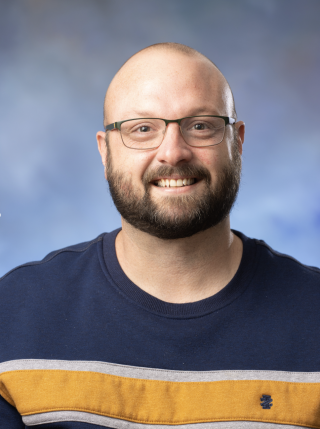 About the Author: Matt Moore lives in the Twin Cities with his wife, Talitha. He is a member at Bethlehem Baptist Church and student at Bethlehem College & Seminary.