I used to dream of physically harming the doctor who made the surgical mistake on my son. My son, Kaleb, needed a surgery a few months after birth to remove a bad kidney filled with cysts. The kidney caused him a myriad of problems. Doctors knew the kidney needed removing, but they desired to wait for Kaleb to grow stronger than his current two-pound twelve-ounce body. His premature birth made any surgery a higher risk.

The month before his birth and the two months after his birth were hard. We went from not knowing what was wrong with him, to finding out it could be fixed after he was born, to him being born ten weeks early, to him getting repeated infections that nearly killed him. Doctors urged us to green light the surgery to extract the sick kidney. The promise held out to us was that after the surgery, all Kaleb needed to do was pee, and we could go home to live a normal life. The nightmare season of life looked to be finally over. Little did we know it had only begun.

Kaleb never peed after surgery. Hours turned into days, and his vital signs went haywire. His blood-pressure was stroke level, his heart rate near 200 BPMs, and his body weight doubled. Images from tests revealed that not only had our son’s bad kidney been removed, but his working kidney was also removed by accident. The doctor’s exact words to us were, “It’s unfortunate.” His long, pale face showed no remorse. His voice sounded indifferent and disinterested in the devastating news he just delivered to us. It was this news that altered our lives, and our son’s life, forever.

The days that followed this news were a blur. We walked in a haze of grief, mourning the death of a child who was still with us. The reality of the situation meant a lifetime of health issues for our son, if he even survived the surgery to place a dialysis catheter in him. The surgeon who performed the surgery was removed from our case, probably for liability purposes from the hospital administration. The last interaction with him seared into our memories, and became the seeds of what would become bitterness, resentment, and hate. He became the villain in our story. His mistake changed the life of the person we cared more about than anyone in the world — our son.

It began with our family talking about the negligence of the surgeon. Those conversations between me and Katrina, and other friends and family, fueled our anger. How can you make that mistake? What kind of person delivers news like that, in the way he did? Why does he even still have a job at the hospital? These conversations were natural in circumstances like ours, but they were not healthy. They sparked emotions in us that did not remain neutral when the conversations ended, but seeped like poison into our veins, slowly killing us.

I began having dreams of hurting the doctor. Sometimes I’d catch myself daydreaming about running into him and punching him in the face. I even remember a conversation about finding out where he lived. That’s how hurt we were. That’s how angry we were. We were looking for an outlet to express all that fear, pain, and injustice that our son’s circumstances and future confronted us with.

This went on for months. We didn’t talk about him every day, but there wasn’t a day where our pain and resentment weren’t boiling in the background. It was during this time that I had my first panic attack. This period was hard. We barely had any theological tools for navigating the suffering and trials we were facing. Our hearts were riddled with bitterness, resentment, and anger. Anxiety and depression were becoming familiar terms for the first time in our lives. Everything sucked.

It was during this dark and painful time that a self-awareness finally came that this pattern of bitterness and anger were not good for me, or my family. I knew from Scripture that as a Christian, I could not persist in this behavior. I, we, had to forgive. But I had no desire to forgive him. I wanted to hurt him with my anger. To forgive felt cheap. It felt like he was getting away with something. I was initially unwilling to forgive, but knew I had to figure out how. As I look back on that season, I can boil down an important lesson for people in a season of life where forgiveness seems unthinkable:

Unwillingness to forgive those who’ve hurt you is unbiblical, unhealthy, and unfulfilling.

This statement is true, but it doesn’t magically make it easier to forgive people who have really hurt you. Forgiveness isn’t ethereal or abstract. There are faces, names, and memories attached to it. As Christians, we have a mandate to forgive others. But how do we that? How do we forgive real pain, real injustice, and real wickedness? It isn’t easy. But in the weeks ahead, I want to outline the journey Jesus led me, and my family, on that led to forgiving the surgeon who removed my son’s kidneys. I hope you’ll discover as I did the power of forgiveness in teaching you about God’s grace. 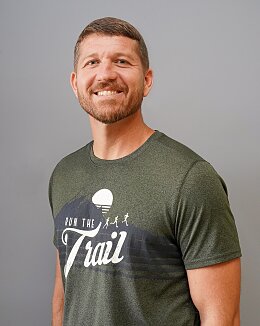