Sometimes God makes His ways clear for us to see.

The other night at church, I talked with one of the men in our recovery ministry. As we were speaking, his ride home was pulling out of the parking lot. They had forgotten about him and left him at church. So now, he’s without a ride, and I alone am left to take him home. The situation presented an inconvenience to us both and it is not how we would have chosen to end the evening.  He wouldn’t have chosen to be left behind, and I wouldn’t have chosen to give him a ride home, but God was at work.

During the drive, I began talking with this man about his family and life before sobriety. Quickly, the conversation turned to spiritual things, and we began discussing the Gospel. I asked him the age-old question, “If you were to die tonight, and God were to ask you, ‘Why should I allow you into Heaven?’ What would you say?” He thought about the question for a moment. Then, he answered, “Because I believe in Him. He has given me strength and helped me to know the way.” I am convinced most Christians would have been pleased with his answer, but I wanted to press in deeper, because though all of those are good things, none of it is the gospel.

I began to clarify the person and work of Christ and why we need a Savior. I shared with him the nature of our sin and desperate need for an atonement, but I could see he needed further clarity. So, I used an illustration that I have employed dozens of times in my teachings.

Earlier the man told me he had four children. So, I said to him, “Imagine someone took the life of one of your children, and then that same man stood trial for his crimes. What would you want to happen to him?” After a brief pause, the man answered. “Justice.” “Yes! Justice is right,” I told him. “In such a case, we would want that man to face justice for his crimes.” But then I asked him, “If you want that man to pay for his crimes and for the judge to be just in his sentencing, what then do you expect the judge of all the earth to do with you on the Day of Judgement? Will he not also judge you for your sins?” The man was noticeably stunned by this revelation. However, I could tell he understood what I was saying. The Bible makes it crystal clear that God will pass impartial judgment upon sinners, and no one can escape.

I then proceeded to share the good news that Christ died for sinners—that on the Cross of Calvary, Jesus took the place of everyone who would place their trust in Him. God the Father crushed His only Son, and poured out His wrath on Jesus for our sins. Our transgressions were placed in His body, and He died for us. God has proven this is true by raising Christ from the dead! He calls all men to turn from their sins and place their hope and faith in His Son for forgiveness.

The man was full of joy after hearing the message of good news. Because that’s what the gospel is—good news for sinners. The world’s greatest need is for this message to be shared and clarified. Far too often, we assume people both know and understand the gospel. They know Jesus died on the cross. They know He rose from the dead. A dangerous assumption we could make is that we don’t need to share that message with them. The truth is, most people don’t know the Gospel, and they need to hear it if they are to be saved (Romans 10:13-17). And for those who have listened to some form of the Gospel, they need the message clarified and explained why it is good news for them. The man I spoke with knew the message that Jesus died on the cross, but he did not understand why that message was significant for him personally. The Gospel must be explained, clarified, and applied. Because the Gospel alone is the world’s greatest need. 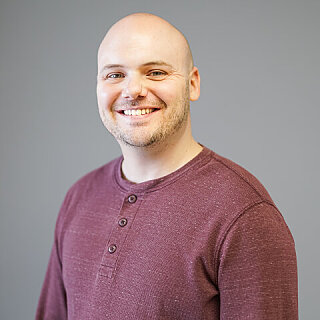