It seems a little ironic that the Christmas season has become one of the most hotly debated times of the year. Whether it’s Christians and Non-Christians arguing over the color of coffee cups or whether some traditions are derived from pagan holidays, tis the season for controversy. A time of year that is held by almost all to represent giving, rejoicing, helping the needy, and spending time with family seems to be a strange time to be up in arms. Nevertheless, here we are.

In preparing for a podcast on the topic of Christmas this year, I took a deeper dive into its history than I ever had before, and what I found was surprising. Amid all the conflicting historical analysis on the origin of one tradition or another, amid all the commentary of infighting between those who think Christians should or shouldn’t celebrate Christmas or promote Santa and the like, I found a story. A story of redemption. In particular, I found the story of the redemption of a holiday. I’d like to share that story with you.

Let me begin by saying that I believe that the birth of Christ, the incarnation of the Son of God, should be the centerpiece of all of Christian celebration this time of year. Take that as a given. This is not an article about whether or not Jesus is “the reason for the season.” What I would like to share with you is merely a footnote to that.

Christmas formally became a Christian holiday in the 4th century AD. Prior to that, ancient cultures in the northern hemisphere had various winter celebrations from as far back as we can trace. This is the time of year when the Winter Solstice takes place and many ancient holidays coincided with natural cycles of the year. This is where some of the speculation comes in about Pagan Yule Logs, Christmas Trees, and the date, December 25th. Nevertheless, many of these celebrations shared a common theme – licentiousness. Long before people were complaining about this time of year becoming overly commercialized, it was a time when gluttony, drunkenness, and sexual deviancy were socially acceptable. In some regards, these ancient celebrations had more in common with the modern Mardi Gras than Christmas.

One particularly interesting custom that made it from ancient Rome’s celebration of Saturnalia all the way to Middle Age England’s Christmas celebration was a temporary class reversal. For an allotted period of time, the lower classes were permitted to take advantage of the wealth of the upper classes. The “haves” were expected to entertain and even perform role reversals with the “have-nots.” Later, in the early 17th century, Christmas was canceled in England due to the debauched nature of the celebrations. Eventually the holiday returned, only to be canceled again in the colonies for the same reason. For almost the first century of America’s history, Christmas just simply wasn’t a thing. Congress didn’t even take the day off!

But something changed in the 19th century. The holiday, which was once a dichotomous celebration of the birth of Christ and utter debauchery, took on an element of virtue. It really took on an element of being exclusively virtuous. From godless excess to goodwill towards all men. Even to this day, Christmas is not known for its association with vice. In fact, in our culture, it has no association with vice at all. But how did this happen?

It seems that all the elements were ripe for the redemption of this holiday. America was still a very young nation trying to forge her identity apart from Britain. Part of creating a national identity is defining the holidays that the nation celebrates together. In the same way television and film reflect and shape our culture today, literature played an outsized role in the 19th century. Writers like Washington Irving, Charles Dickens, and Clement Clarke Moore penned fiction and poetry describing a vision of this wintery holiday in a new, yet sentimental way. The desirable elements of the old traditions took on new meanings. The Yule Log became a symbol of family and friendship around a warm fire, while the Christmas Tree became a symbol of generosity. The old class reversals made their way back into the new holiday with its emphasis on charity. And of course, Santa Claus, for all the Christian controversy that surrounds him, became a symbol of enchantment for children and yet more charity. Even Corporate America contributed, with Coca-Cola helping popularize the positive elements of the holiday. The sinful excesses were curiously absent from the holiday in these literary works. Rather than Dickens describing the Christmas spirit in his famous work, A Christmas Carol, he was helping to establish it.

This absolutely fascinated me. In my experience up to this point, whenever someone brought up the history of Christmas, all I had ever heard was “pagan this” and “pagan that.” And there’s plenty to be said on that, to be sure. But this new information helped me see the Christmas spirit in a whole new light. Giving, charity, goodwill, time with family, and all the beautiful ornamentation that make up the best parts of our American Christmas traditions don’t have to detract from our celebration of the incarnation of Jesus, who is certainly the reason for the season. The inherently virtuous nature of many of these traditions is only possible and meaningful because of the incarnation of the One who makes all things new.

Christmas has had a winding and bumpy road to get to what it is today. A sin-laden holiday was redeemed through literature into a celebration of God-glorifying virtue. I hope you enjoy every moment of that this Christmas Season. 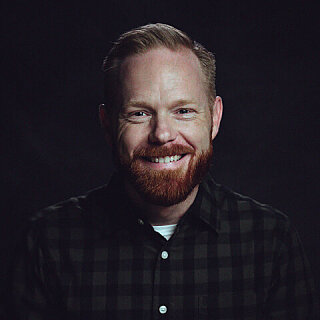 Nick Judd is the Kids Pastor at The Journey Church in Lebanon, TN. He is also the co-host of the "Everyday Apologetics" podcast. Nick is passionate about growing people in their knowledge of the Word of God and in their ability to defend it in the midst of a culture fighting against truth.