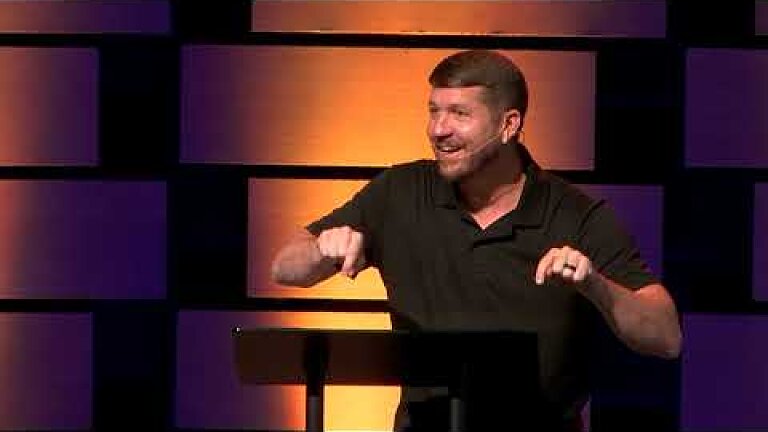 From the beginning of time, fallen man has been at war with one another. There's been constant strife to outdo other people, to be superior. This battle has all sorts of underlying causes, all connected to the root of sin and a fallen nature. We have envy as in the first murder, with Cain killing Abel because he despised Abel's acceptance before God because of his offering.

Since the Tower of Babel and the scattering of the peoples into different languages, we've had ethnic hatred and pride bring about all sorts of evil and calamities. As these people collected with those who spoke their language, moved to different lands, formed different cultures, and over time developed different skin colors (corresponding to their proximity to the equator and exposure to sun) we've seen this create animosity, ethnic vainglory, and wickedness toward one another. Jonah didn't want to go to Nineveh because he knew God would be gracious to them, and frankly, he didn't want that. We see James and John, two brothers of were disciples of Jesus, ready to call down fire from Heaven on Samaritans that didn't receive them.

Nations have fought battles over land, over hatred for one another, for power, and for supremacy. These things have existed forever, and they continue to exist. One day they will cease to exist. The conquering king will do as Psalm 46:9 says, "He makes war to cease." But until then, war remains. And the church is even at war. We are the church militant. Jesus says on the confession of the gospel he will build his church and the gates of Hell will not prevail against it. You see, the weapons of our warfare are not swords, guns, or bombs. The church militant fights to save souls, usher in God's kingdom and reign on the earth as it is in Heaven, battling principalities and authorities in the heavenly places. We use the Word of God, prayer, and proclamation of the gospel.

And what sets the church apart from all others who wage war? We do so as people of every nation, tribe, and tongue. Church wins the war ultimately because our King fights for us and our warriors are people not primarily loyal to their ethnic heritage, status, wealth, power, or position. Instead, we are people taking ground all over the world, make up of people all over the world, laboring to bring hope to all the world.

Our text today points us to this reality. My sermon title is: A New Identity & Loyalty.

The context of our passage today continues from Paul's exhortation that if you have been raised with Christ, then seek the things that are above where Christ is seated. Our lives should marked by a desire and striving to glorify Christ and live for things that honor God. We seek the things above. We are to put to death, and put off, those things that dishonor Christ. If we are new creatures in Christ, our lives should look like it. Not only should they look like it, they must look like it. We have an active role to play in putting to death the flesh. Those things that still emerge from our fallen nature, and our yet to be glorified bodies, need to be put under the Lordship of Christ. Period. That leads him into our verse today.

Colossians 3:11 -- Here there is not Greek and Jew, circumcised and uncircumcised, barbarian, Scythian, slave, free; but Christ is all, and in all.

"Here" -- meaning in this state of ongoing struggle and battle with the flesh, and raised with Christ to live for him, everyone is on equal footing. All have this expectation. It doesn't matter your background, status, position, power, or ethnic background. The same call to holiness applies to everyone equally. And each of these positions we bring to our conversion require the same thing, but will call us to have to mortify (put to death) different things. We will each wrestle with our own particulars because of our backgrounds.

"there is not" -- he is about to go through a series of contrasts. The but he begins the contrast by saying "there is not." Whatever differences we love to raise between us, if we are in Christ, those things become secondary to our identity now, if not altogether discarded. Those are no longer our primary allegiances or tribes. We are a part of a new people.

For Jews prior to the new covenant, and many still today since then, Jews saw the world as divided by two types of people: Jew and Gentile. If you're not Jewish by birth and descent, you're a Gentile. Greek here is used as shorthand for Gentile. It's non-Jew. But now in Christ, there is no distinction. Ethnic differences do not factor in our favor or against us.

This distinction is a religious distinction. Again, the sign of the old covenant for the Jews was circumcision. But as Paul has already described in Colossians, and other letters, it is not longer circumcision that matters for anything. We must be circumcised in our hearts. We need new hearts, transformed by the grace of Christ. So there is no longer a distinction between those of circumcision or uncircumcision.

Everyone outside of the Roman Empire, and Roman citizenship was considered barbarians. The same ethos permeated the Greek culture too. The barbarians were peoples not Hellenized or Romanized. But there were civilized societies and people's during that time (wrongfully considered barbarians). But there was a group known as Scythians who were legitimately barbarian. They were vile. They offered human sacrifices, scalped and sometimes flayed their slain enemies, drinking their blood and using their skulls as drinking cups. Real swell folks. But Paul mentions them. Why? To show that not only can the grace of Christ save them, but radically reorients their life (put to death sin in you) and places them squarely in the fellowship and fold of God's people. An unthinkable thing apart from Christ. Their name was associated with terrorism and savagery.

This distinction is between social rank and status. In ancient world, slavery existed all over the world. Most of the time it did not look like the kind of slavery practiced in the Antebellum South (which was most often dehumanizing, wicked, cruel, and vile). Slavery in ancient world was often a servitude status. This is how people paid debts when they had no money. People could work for their freedom and pay off their debts. Israel even had a law where slaves had to be released after seven years. Obviously, if you were born and raised free, then you had a measure of social status above those in servitude or slavery. But the gospel makes no distinctions. It does not give privilege or favor to the free man over the slave. In fact, the slave has the same access to the hope of Heaven. The free and slave are alike sinners, and they both are saved by grace through faith in Christ alone.

So notice the four pairings offered here. Each pair presents a distinction. There is a distinction of race (Greek and Jew), religious privilege (circumcised and uncircumcised), culture (barbarian and Scythian), and social rank (slave and free).

The church regards and values each man in his relation to Christ, and demands every other competing factor to bow to this. He is all. He is the center. He is the point of reference. Christ is in all of those previous distinguishing groups. So the first "all" is referring to Christ being our center and foundation. The second all is referencing all these groups without distinction.

This is why the church is supposed to look very different from the world. This is why one of our values here at TJC is "God glorifying diversity." The church is a composite of people from different ethnic backgrounds, religious backgrounds, cultural history, and status who are now united in the same Christ. They find their identity and loyalties dramatically shifted to that as Christian under the Lordship of Jesus.

1. Realize the spirit of the age is to turn people against each other.

Sinful hearts don't need a lot of help to hate and despise others. But the ethos of our world is about pitting people against one another. Now listen, sometimes hostilities come and are necessary because we are committed to truth. This is why Jesus said "Do not think that I have come to bring peace to earth. I have not come to bring peace, but a sword." (Matthew 10:34). What does he mean? He means that commitment to him, and his gospel, and the truth, will cause hostilities. The wickedness of men, and not the Christian faith, is the cause of this hostility. It is this wickedness of men that breeds the clashes we see today. Why is everyone turned against each other? It's not misunderstandings.

James 4:1-2 -- What causes quarrels and what causes fights among you? Is it not this, that your passions are at war within you? You desire and do not have, so you murder. You covet and cannot obtain, so you fight and quarrel.

Envy, competition, hunger, and lust are the engines driving this. Why do people war against each other? We want something someone else has. But we don't simply want it, we don't want others to have it. Individuals do this, and so do groups. No matter how you divide the human race up: male or female, Jew or Greek, racial groups, nationalities...not matter how you divide these groups, those groups will have sinned against each other. And each group will know what the other group has done to them. Each group will seek to take advantage of other through all sorts of means. These hostilities and enmities rage and we use intellectual rationalizations to justify sin, namely envy and pride.

3. Prioritize your allegiance to Christ above all allegiances.

Far from being people who prioritize our ethnic group, our economic class, or our education level peers, Christians are distinguished from how the world builds and forms loyalties. We do not reject our heritages or ignore them, we just don't unite ourselves to them as the primary source of our identity. American Christians should have our loyalties more in line with the poor Chinese Christian in hiding than the next door neighbor atheist. Not because we have more things in common with the Chinese Christian, but because we share Christ as Lord. We are under the Lordship of Christ. This doesn't lead us to neglect, despise, or hate our atheist neighbor. It means we let our commitment to Christ form our bonds of commitment to other Christians above all.

Why? Because these folks are our brothers and sisters in Christ. They are laboring with us to bring forth the kingdom of God. The gospel has reconciled us to God, and therefore to one another. We set aside our ethnic vainglory, our envy, our status, our culture, and we unite around the King who reigns from Heaven. We are citizens of Heaven as our first responsibility.

Close:
And we keep in mind that vision that awaits us. We remember that the end of all things is our collective voices around the throne magnifying the Lamb of God slain for sinners.

Revelation 7:9-10 -- After this I looked, and behold, a great multitude that no one could number, from every nation, from all tribes and peoples and languages, standing before the throne and before the Lamb, clothed in white robes, with palm branches in their hands, and crying out with a loud voice, “Salvation belongs to our God who sits on the throne, and to the Lamb!”

Salvation belongs to OUR God. The "our" in "our God" are the peoples of the world who share the most important commonality in the universe: children bought by the precious blood of the Lamb. People with a new identity and loyalty.