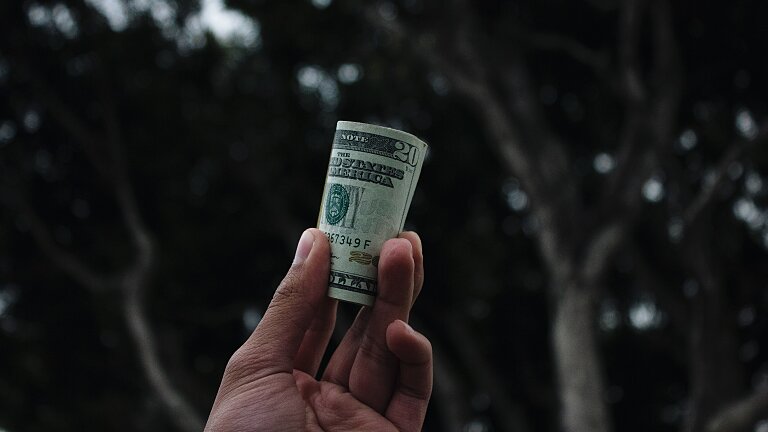 Render To Caeser, Render To God

Some people believe that to be spiritually-minded means to not have anything to do with things in this world. That’s not what the Bible says. The Bible teaches that the world is made by God, and will one day be redeemed by God. It is a false idea, that has captured many Christian minds, that thinks only spiritual things are good, and other things are bad. This is not a new idea. In the second century this idea developed and was called Gnosticism. Many Christians still hold some form of this ancient error.

Our passage today shows us that Jesus didn’t want his disciples to think that way. On one occasion, someone asked Jesus whether or not they should pay taxes. The reason for the question was to see if he believed that the truly spiritual person, focused on the kingdom of God, would worry about things like giving money to the government for taxes. That seems too worldly.

But Jesus’ response shatters that idea. Jesus asked them whose face was on the coin. They said “Caesar.” So Jesus answered them, “Then render to Caesar the things that are Caesar’s, and to God the things that are God’s.” What did Jesus mean by this interaction? He intended to show that in this world, there are systems and structures in society that should be upheld, and those things require duties and responsibilities. Jesus tells them to pay their taxes to Caesar. This is their duty as a citizen of Rome. If they didn’t do that, not only would they not be law-abiding citizens, they would not be good witnesses to Christ.

Jesus also tells them to render to God what belongs to Him. Everything belongs to God. But Jesus shows that they should not neglect their duties as citizens, but in the process of fulfilling them, they should not forget to obey God. Their first priority is to obey His commands and live for Him. This is a reminder that the things of this world matter. They are not unspiritual. Fulfill your duties as a citizen, but don’t neglect your duties to God in the process.

Reflection & Journal:
- Why do people tend to discount things in the world as unspiritual?
- What examples of duties do we have as citizens today?
- What are some things we owe to God in our lives today?