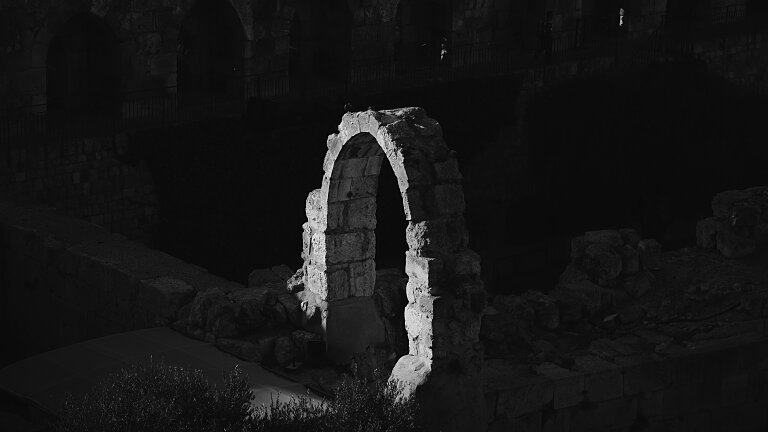 He Set His Face

Jesus didn’t die by accident. Many Christians know this in their heads, but forget it in their hearts. We read the Gospels and see the conspiring actions of the Pharisees and Judas, and conclude Jesus was tricked. We witness Pilate bartering with the crowds to release Jesus and see them worked into a frenzy for Him to be crucified, and Barabbas to walk free. If we’re not careful, we will read these accounts and forget that Jesus was in complete control of where He was going and what was going to happen. Nobody would take His life from Him. He would lay it down freely.

Our passage today reminds us of this truth. We read in Luke 9:51, “When the days drew near for him to be taken up, he set his face to go to Jerusalem.” This text shines light on how purposeful Jesus’ actions were. The implications wrapped into this text show that nothing accidental was taking place in the events of Jesus’ death. Rather, Jesus purposefully took Himself to the cross in Jerusalem.

Luke writes that “when the days drew near for him to be taken up.” This immediately implies that there was an eternal timeline that Jesus was working by. His incarnation into the world had a mission and purpose. The days were nearing for that mission to be completed. When those days drew near, He set his face to go to Jerusalem. That phrase “set his face” means He looked with resolve toward His destiny. He knew his purpose was to die for sinners. He knew the cross awaited Him in Jerusalem, yet when the time drew near for that sacrifice, He looked it eye-to-eye.

This passage shows us the courage of Jesus. Yes, He was fully God. But He was also fully man. He walked to the city He knew was about to betray Him. Each step along the way brought Him closer to His encounter with the cross. Yet He walked. Why did He do this? To pay the ransom price for His bride. He set his face on Jerusalem because His mission was to redeem a people from sin and death. As Jesus walked that road to Jerusalem, face set toward His death, He embraced it for His people. If you belong to Christ today, recognize that He walked that road for you. Your redemption was His mission. Rejoice today that Jesus set His face toward the city where your salvation would be paid in full.