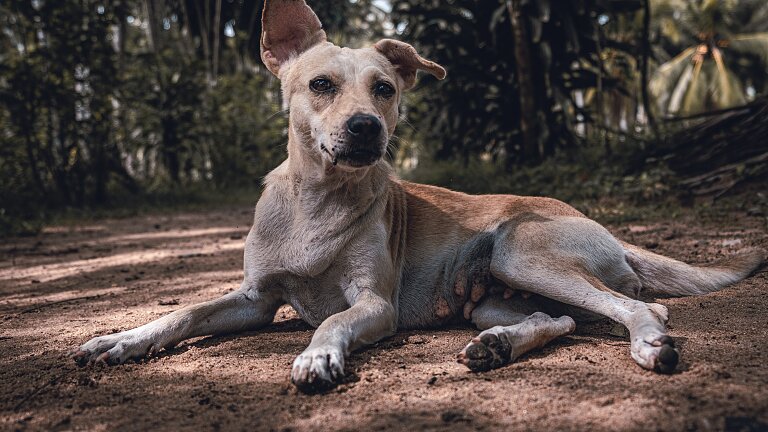 One of the central tenets of the Christian faith is the call for humility. Christians should be the most humble people on the planet. Why? Because we recognize that we are sinners. We are broken. Christians recognize that there is nothing good in ourselves that can commend us before God. This isn’t bad self-esteem. It is a healthy thing to possess this understanding about ourselves.

Our passage today shows David reflecting this humility. We read about his response to Saul, “After whom has the king of Israel come out? After whom do you pursue? After a dead dog! After a flea!” The context of this passage is Saul is pursuing David. He wants to kill him. Saul’s pride and arrogance could not stand the amount of attention and accolades that David received from the people of Israel.

David could have killed Saul, but instead, he spares his life and pleads with the king. He is self-deprecating and questions why Saul, the king, would lower himself to chasing him. David’s remarks to Saul show a humility. He calls himself a “dead dog” and a “flea.” Does David need counseling to repair his self-image? Should we use this text as an example of how not to see yourself? Not at all. In fact, this text sheds a great light on what humility looks like. Rather than esteeming himself as great before Saul, he proclaims his smallness. Compared to Saul, David is a nobody. That may not be true in reality, but David’s willingness to say it shows something about him.

Self-importance runs amuck in our world. Many folks spend their lives trying to make themselves look better than what they really are. In our passage, David makes himself look less than what he really is. Rather than appealing for the respect he believes he deserves, he recognizes that he’s owed nothing. Humility is attractive. It is also very rare. The battle we must all face is acknowledging our worth and dignity as image bearers of God while simultaneously recognizing our sinfulness and unworthiness of anything apart from grace. Knowing you are a flea can actually help you to battle pride and honor God with your life.

Reflection & Journal:
- Why is Saul chasing David?
- What do David’s remarks reveal about his character?
- How can this passage help us battle pride and self-importance?