In the early 2000s I worked for a firm that published trends research. For decades, the firm had conducted surveys among adults and children to understand changes over time in what people value and believe about the world around them. One of the macro-trends we observed at the time was a significant shift toward individualism. The traditional, collective idea of identity was changing in that being seen as unique was the goal. Rather than simply “fitting in,” the shift was toward “fitting in by standing out.” Being in the know about niche films and bands was the new social currency. When it came to parenting, the idea of “good parenting” vs. “bad parenting” had been replaced by “parenting styles” in which adults found identity in choosing to raise their child in their own unique way.

Of course, many disdain the idea of being labeled and feel constrained by the idea of fitting a specific mold. This is especially true when that identity is an either / or choice. Our instinct is often to rebel against that kind of binary option. How often have you heard “I’m a Biden conservative,” “I’m not that kind of evangelical”, or “I’m pro-life but…” in recent years? A recent article published by a historically reliable Christian source poured ice water on the idea of celebrating the downfall of Roe vs. Wade and attempted to add a nuanced reasoning. Too often, Christians attempt to project nuance when the call is for clarity.

Seeing issues, identities and life itself on a spectrum is the new vogue. Of course, there are legitimate things we should see on a spectrum; mental, physical, and spiritual health are examples of where degree is vital (2 Corinthians 3:18). Yet, our world is attempting to overlay a spectrum on what God has called binary.

Scripture is filled with examples of God’s dichotomous order:

Yet, our world would say that many of the things God has ordained as binary should be viewed on a spectrum:

Each of these are rebellions against God, but they’re more than that to many. They form identity in a desire to show uniqueness to others. This is one of the main reasons the ever-growing list of pronouns has caught on. The individual feels unique in creating a label for themselves. Why select “she / her” when you can be “they / xyr”?

Some have pointed out that the number of genders seems to grow daily. The pride flag started as a simple rainbow but has since been updated for trans and intersex inclusion. However, gender is only one lens, as sexual orientation, religious beliefs, and many other aspects God has designed as binary are sliced ever further along a perceived spectrum.

Yet, we know at our core that these false spectrums go against God’s created, natural order. They must be rejected, most of all by Christians. Narcissistic individualism is one of the many idols of our day and born out of the love of self condemned in scripture (2 Timothy 3:2). As believers, we must stop looking for nuance in these areas and point to the clarity to which we’re called – an identity in Christ alone. 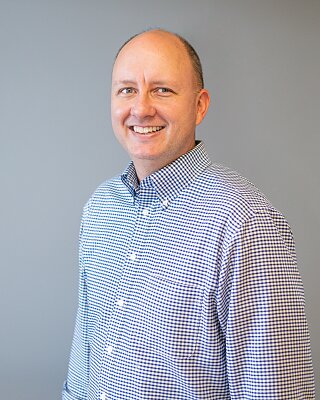 John is the CEO of Knowing Jesus Ministries, a non-profit organization which exists to proclaim timeless truth for everyday life. He is married to Kati and has three children: Ashley, Jack, and Tyler.