Is Smoking Marijuana a Sin?

In 1937, the United States passed the Marijuana Tax Act, which essentially made the drug illegal nationwide. Though challenged as unconstitutional, the Controlled Substance Act classified Marijuana as a Schedule I drug, thus maintaining its illegality.

For decades, Christians have been able to denounce Marijuana with confidence because it was against the law. That is no longer the case in many states. Because of its now widespread legality and social acceptance, Christians now face the question: Is smoking marijuana a sin? For the purposes of this article, I will assume that Christians believe they should obey the government in states where recreational Marijuana use is still illegal (Romans 13). But, to make the question more precise, is it a sin to smoke Marijuana even if it is done in a state where recreational usage is legal?

What is Marijuana?
Marijuana comes from the Cannabis plant. When processed, the dried leaves, stems, and seeds become Marijuana. THC is the chemical component within Marijuana that produces the high people seek. CBD is also found in Marijuana but does not produce the same mind-altering effect as THC. Marijuana is generally consumed in three ways—smoking, vaping, or oral ingestion, such as food or drinks.

The immediate effects of Marijuana
Once a person ingests Marijuana, they will experience a “high.” THC stimulates the part of your brain that responds to pleasure. A dopamine chemical is released, and the partaker experiences euphoria and relaxation.

Many will argue that the Bible is silent on this issue. Nowhere does it say, “Thou shall not smoke Marijuana.” That’s true. It doesn’t. Neither does it say that drug use (in general) is a sin. It’s worth noting, however, that the Greek word Pharmakeia, which is often translated as witchcraft, sorcery, or sorcerer, produced English terms such as pharmacy and pharmacist. It is argued that, though this term is usually found in the context of the Bible’s prohibition and condemnation of the occult and idolatry, it also condemns the drug use often associated with such sects. This might be true, but such argumentation may miss the point of this article. One may contend that their recreational use has nothing to do with adhering to false religions. Instead, it's purely for enjoyment, no different than alcohol consumption, which is not a sin according to Scripture (see previous article).

Nevertheless, I think Scripture forbids recreational Marijuana because it violates Scripture’s prohibition against intoxication and command to be sober-minded.

Paul’s prohibition against drunkenness
In Ephesians 5:18, the Apostle Paul says, “And do not get drunk with wine, for that is debauchery, but be filled with the Spirit.” Paul is making explicit what the Bible teaches in many areas—drunkenness is a sin (Proverbs 20:1; 23:20; 29–32; Isaiah 5:22).

“But smoking Marijuana doesn’t get you drunk. How is this relevant?” Good question. The issue for Paul isn’t just about getting drunk. The principle in Ephesians 5:18 centers upon intoxication and loss of control. We would all agree that Paul isn’t prohibiting drunkenness from “wine” but approving drunkenness from beer and liquor. The principle is alcohol in general. So, it is with the term “drunk” in the text. Paul isn’t saying you’re forbidden to get drunk, but it’s okay to become intoxicated by other substances. The main point is that intoxication in general is a sin. We are not to be controlled by any substance, “but be filled with the Spirit.”  Marijuana use causes intoxication. Therefore, it is a sin.

Furthermore, Marijuana usage makes it impossible to maintain a “sober mind.” Numerous portions of Scripture command Christians to be sober minded (1 Thess. 5:6, Titus 2:2, 1 Peter 1:13, 4:7, 5:8).  Marijuana usage has immediate effects. As noted earlier, the user will experience euphoria and relaxation. In addition, increased laughter, appetite, and an altered sense of time are possible. Those might be considered positive effects. But there are also negative side effects such as anxiety, paranoia, hallucinations, delusions, fear, distrust and panic. Most, if not all, of these effects are characteristics of a person who is not sober-minded. Therefore, using marijuana is a sin.

How is Marijuana usage different from drinking alcohol in moderation?
This is where many people begin to push back. “Why are we allowed to have a casual drink, but we can’t smoke Marijuana? For years, this was an easy question for Christian leaders to answer. Alcohol is legal. Marijuana is not. That’s no longer the case in many states. This is why we must approach the question with greater biblical precision.

Nevertheless, the answer to the above question is simple: drinking moderate levels of alcohol doesn’t always lead to drunkenness. Marijuana usage, on the other hand, almost always does. Alcohol is measurable. Marijuana, especially when it is smoked, is not so easily calculated. An adult male who weighs 200 lbs. knows he can drink one to two 12 oz beers in two hours and not become intoxicated. But, if that same adult male smokes a joint purchased from the local Marijuana dispensary, depending on the potency of the plant, he may become intoxicated after 2-3 puffs from a joint.

“But what about the gummies or other forms of edible Marijuana? These are measured and contained.” It is true that with many edible forms, you know precisely how much Marijuana and THC you’re consuming. So, this makes it more like drinking alcohol, right? Wrong. Alcohol is not used for the express purpose of intoxication. Marijuana is. Remember, I am not addressing the issue of using Marijuana for medicinal purposes. This article is focusing explicitly on recreational usage in states where it is legal. No matter how you slice it, recreational Marijuana use violates Scripture’s prohibition against intoxication and command to be sober minded.

My argument is as follows.

This entire argument doesn’t even take into account that we’re not dealing with morally and spiritually neutral people. Human beings are sinful, and Marijuana use is harmful. It leads to addiction, damage to your body and mind, stress and strain on relationships, financial hardships, legal problems, employment troubles, placing yourself around the wrong kind of people, further and more harmful drug use, and the list goes on. We often approach questions like this as if all we must consider is whether right or wrong. However, we also need to consider the potential consequences.

Furthermore, what are your motivations for using Marijuana? To have fun? My question is: are you not satisfied in Christ and what He’s given you? Maybe you want to use it because you need to relieve some stress. But are you taking your concerns to the Lord and the Christians around you? Do you desire to use Marijuana because you’re curious? Many things catch our eye but should be avoided. Wisdom alone would dictate avoiding usage altogether. The ultimate question that must be asked is not: Is it sinful? Rather, we must ask if we are doing it for the glory of God (1 Cor. 10:31)? 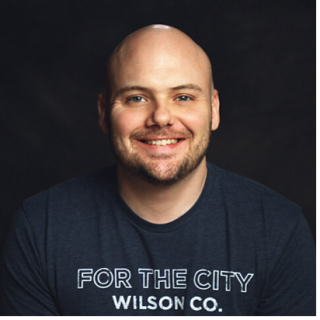 Brandon is the Associate Pastor of The Journey Church in Lebanon, TN and leads the TJC RE:GENERATION ministry for the church. Brandon is married to Sherrie and has a daugher, Emma.